One of the best ways to recruit and retain top young talent to an area is to offer a variety of activities for them to take on in their downtime. Frederick is well positioned with numerous entertainment options designed to stimulate the mind, body or both.

She cites the vibrant Downtown Frederick scene with locally owned stores and diverse restaurants as a big attraction for young people. Many of these businesses are owned by young entrepreneurs. “When young people move to Frederick, they see their faces in the owners of the places that they are visiting,” Bickerton says. Downtown Frederick also offers numerous live events including happy hour concerts Alive @ 5 on Thursdays and a summer concert series at the Baker Park bandshell on Sunday evenings.

The young workforce enjoys pairing a thriving urban area with beautiful local, state and national parks in close proximity, according to Bickerton. Folks can take a leisurely walk along Carroll Creek Linear Park to see historic architecture as well as public art displays. Baker Park offers a great spot to take the dog for exercise. Bikers and runners enjoy traversing the path at the C&O Canal National Historical Park. Those looking for a dip in nature’s lakes can head to Cunningham Falls State Park and students of history will enjoy ventures to Civil War sites like Monocacy National Battlefield and South Mountain State Battlefield Park.

The county is also home to many wineries, breweries and distilleries that offer locally made libations. Many of these sites feature area food trucks, so folks can sample a bevy of cuisine choices.

Frederick is one of the largest cities in the state but still provides folks with a small-town feel, according to Bickerton. “I think people are drawn to Frederick because of that and I think that sets us apart from other communities that are close by.” 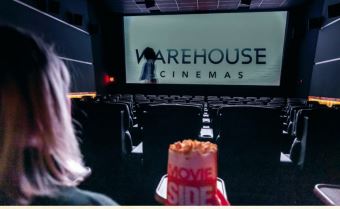 Rich Daughtridge, Warehouse Cinemas president and CEO, notes the county is “big enough that there is a lot of stuff to do yet small enough that it still feels personable.” While they offer first run and classic movies, Daughtridge says staff members aim to provide guests with an unforgettable experience including heated recliners, a full bar with a beer wall offering 28 self-serve taps and a kitchen serving an elevated menu including gourmet grilled cheese, flatbread and nachos.

Creating specialized drinks inspired by the movies they are showing is also a part of the affair. During Halloween, they created a drink called Serial Killer which was a rose slushee with icing and Fruity Pebbles around the rim.

“The way that we describe it is it is more than a movie,” he says. “...The movie is the main attraction but there are so many other things to do when you are there to hang out, to have fun that it truly is making memories the whole time you are there.”

Warehouse offers four different price points throughout the day as well as Tuesdays featuring $7 tickets for any movie, showtime and auditorium. They offer Film League, a group dedicated to discussing cinema and meeting once a month for a one time showing of a classic or independent film. Typically, a question-and-answer session will follow after featuring a host and sometimes people involved in the film. Other gatherings designed to attract a younger crowd include monthly brunch events featuring a retro classic movie like The Princess Bride, Beetlejuice and a 20th anniversary showing of Harry Potter and the Sorcerer’s Stone. 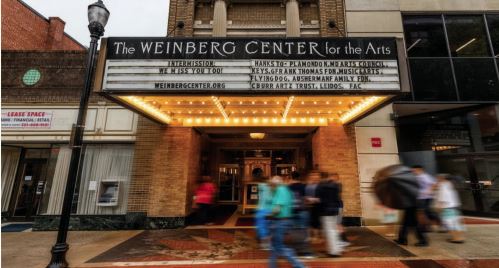 Frederick offers many other entertainment venues including the Weinberg Center for the Arts and the Delaplaine Arts Center. One unique place to catch a wide variety of events is the open-air theater Sky Stage. After a large fire heavily damaged the pre-Revolutionary War building, the space was reimagined by artist Heather Theresa Clark as a large scale two-story tall public art work featuring drought resistant plants meandering through lattice work. Offering free to low-cost events from May to October, the venue hosts new talent to established artists known throughout the region or nationally recognized.

One night will feature a comedy show while another offers swing dance. Children’s story times, yoga classes, an artist’s market, staged readings with area theatre groups, open mics and salsa nights are also regularly found on their schedule. “There is just a little bit of everything,” says Maura Kenny Parrott, Sky Stage’s program coordinator. “We try to activate the space as much as possible during our season. You can find just about anything you want.”

Since opening in 2016, the venue had a record year in 2021 booking 140 events during their six-month season. Kenny Parrott notes many people felt more comfortable being in the open-air venue due to the ongoing COVID-19 pandemic. The venue, which has won a number of sustainability awards, was initially designed to be a temporary 18-month project. “The community is really behind it and people really like it,” she says.

For those who love sports, the county is home to the Frederick Keys, a Major League Baseball Draft League team showcasing top collegial

talent over the summer months. Instead of watching games, people may want to avail themselves of the county’s numerous sports leagues for adults including soccer, flag football, lacrosse and sand volleyball.

Turner’s Boxing Club in Frederick is a great spot to work on individual fitness goals while stepping into the ring. Jump Climb Extreme offers participants who are fans of the television show American Ninja Warrior the opportunity to traverse and complete balance, strength and agility obstacles. Stumpy’s Hatchet House will give you an axeilerating experience repeatedly throwing the chopping tool into targets. The Boulder Yard is an indoor boulder-style rock climbing gym that also features classes in martial arts, yoga and group fitness.

For those who enjoy a healthy competitive spirit but prefer to sweat as little as possible, Spinners Pinball Arcade offers a bevy of classic and new video games and pinball machines for unlimited contests for one price. 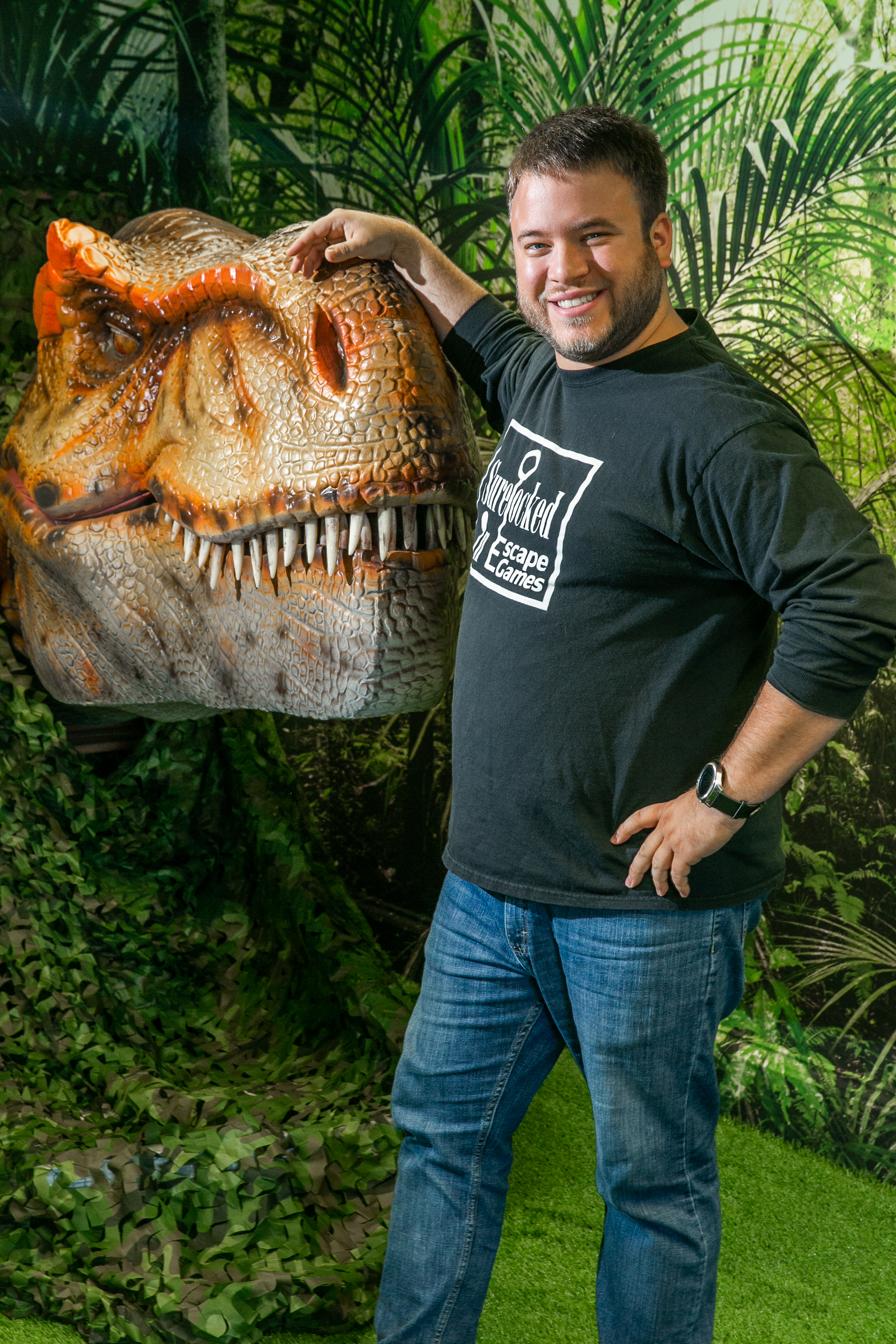 Over the past few years, multiple escape room experiences have blossomed throughout the county and provided a great spot for young people to gather with friends and family to work together to solve puzzles. “In a world filled with complexities, escape rooms give us a chance to escape from the stresses of life and have fun,” says Chris Sparks, SureLocked In Escape Games owner. “People don’t come to the escape rooms to solve the puzzles. They come to the escape rooms to escape from the world and do so with the people they love the most. That is where the magic is.”

All SureLocked In’s rooms are based off iconic stories including themes such as pirates, King Arthur’s Court and dinosaurs. The Witching Hour, focusing on ghost stories, is their most popular room with the young adult crowd. The Frederick-based business has also seen booming business offering scavenger hunts with many giving them as gifts. “In a world where you can offer an experience and a memory that is something people will especially cherish,” he says.