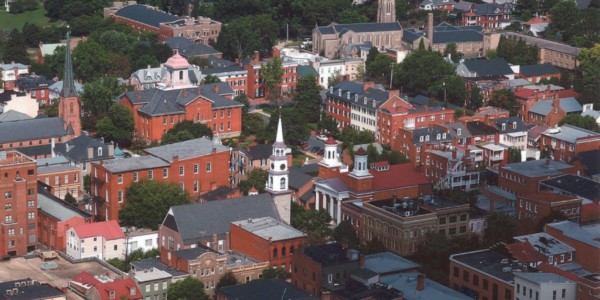 Here we are, deep into the annual Maryland General Assembly Session for 2019.

This time, the dynamic feels different.

That might be because the number of freshmen Delegates and Senators is larger than in recent memory. It might also be that popular incumbent Governor Larry Hogan was reelected with a fairly strong mandate across the political spectrum. Since the Governor represents the minority party in the General Assembly, his priorities will be skeptically reviewed by the veto-proof majorities in the House and Senate.

So what does this mean for the interests of the business community? The simple answer is: It depends.

Here at the Chamber of Commerce, we closely monitor the activities of the General Assembly to assess impacts on our member businesses. Let’s look at a few of the big issues that impact the Maryland business community.

The Fight for Fifteen: This is the minimum wage increase bill that’s been written and talked about so much. The bill mandates that by 2024, the minimum wage in Maryland will reach $15.00 p/h. That requirement would touch all sectors and all employers. In addition to the phased increases, employers would not be able to discount the wage rate for those employees who receive tip income as a part of their compensation, as they currently can. Further, once the wage rate reaches $15.00 in 2024, future minimum wage rates would be directly tied to the Consumer Price Index (CPI) for the DMV area. The current hourly minimum wage rate is $10.10. The United Way’s Asset Limited, Income-Constrained Employed (ALICE) report for Frederick County suggests that a person cannot live independently in Frederick County at the current minimum wage.

Combined reporting: This bill would require regional and national companies that do business in Maryland to report their revenue derived from their business in Maryland, and then require that they be taxed on that reported income. Proponents point to large, big box retail outlets as the most obvious examples, while opponents worry about the implications of changing the tax treatment in the event these companies decide it’s no longer worth maintaining a Maryland presence.

Wage history disclosure: The bill would prevent an employer from requesting the wage history of a job applicant. The bill also requires the employer to provide, upon request of an applicant, the wage history of a specific position. HB 634 is problematic because it interferes with the quintessential part of the application process – the salary negotiation. Prospective employees and employers have a vested interested in negotiating salaries and limiting this ability ends up hurting qualified applicants from receiving higher, more-equitable, salaries. The more a business is burdened with onerous mandates, the less likely that business will be able to expand and hire. Overall, this will create inefficiencies in hiring and will limit growth and job opportunity for many Marylanders.

Polystyrene food service products ban: Already in place in certain counties, this bill would prohibit the use of certain polystyrene containers by private businesses, schools and state facilities after January 2020. Polystyrene, more commonly known as Styrofoam, is a cost effective product that has been used by businesses of all kinds throughout the United States and abroad for decades.  For over 50 years, polystyrene has been scientifically evaluated by the U.S. Food and Drug Administration for its use in direct contact with foods and beverages, and their analysis remains unchanged – polystyrene is safe.

Public/Private Partnerships: Environment Impact statement approval: This bill would require the Maryland Department of Transportation to develop and submit environmental impact studies for all PPP projects to local governments where state facilities would be improved through these partnerships. The implications are far-reaching, but the immediate concern is that this would automatically delay the I495, I295 and I270 expansion projects currently being designed by the MDT. A second bill would require local/county jurisdictional approval for tolling facilities that would be installed in a county. That means, if successful, the toll facilities planned for I270 would be subject to approval of the Montgomery County Council before a project benefitting Frederick County could move forward.

There are already well over 2,000 bills proposed in the 2019 Session. We track all of those proposals, trying to advocate on behalf of our business members, both large and small. We also add our voice to help the County Executive and Mayors of our municipalities pursue issues that are important to their constituents as well.

We understand that not every person will agree with every position. The minimum wage debate is a great example of that. We have a structured process to review these bills to understand their impact on our members. Members of the General Assembly, including those that represent Frederick County, also feel differently on some of these issues. That’s not an indictment, that’s just a recognition that we hold differing views and respond to different constituencies. If you’d like to discuss a particular bill, feel free to visit the Chamber’s website (www.frederickchamber.org) or contact me via email (rweldon@frederickchamber.org).