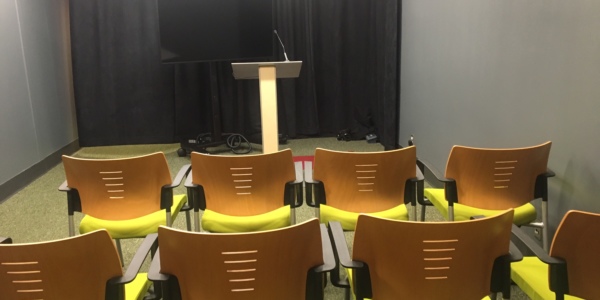 Less than a year after its reincarnation as an online course for capital-hungry entrepreneurs, Baltimore-based Pitch Creator landed its biggest account this week when the Frederick County Office of Economic Development purchased a bulk license for 200 users.

The deal expands Pitch Creator’s reach from about 350 licenses to nearly 550 – and it happened without any pitch from its creator, Jason Tagler.

“Actually, they approached me,” said Tagler, a growth equity investor at Camden Partners.

Pitch Creator grew out of Tagler’s volunteer “passion project”: teaching entrepreneurs how to develop and communicate their message to investors. As it happens, one of his alumni runs a Frederick-based tech company and serves on the county’s advisory Business and Industry Cabinet.

“He took the course, used what he learned and got funded,” said Helen Propheter, director of the Frederick County Office of Economic Development. “He told us about it, and we thought it would be an excellent fit for ROOT.”

The center also houses an innovative Business Pitch Room, where entrepreneurs can fine-tune their proposals and videotape them, for free, for distribution to would-be investors. “Having Pitch Creator is the icing on that cake,” Propheter said.

OED plans to give some of its licenses to FITCI, Hood College and other ROOT partners, and keep some to use with businesses in the community. The wide variety among potential users reflects Pitch Creator’s genesis: it was engineered for adaptation.

Tagler began volunteering at business accelerator events in 2014, after watching too many bad pitches kill too many good ideas. “I thought of all that wasted talent and energy, and the impact it could have on the region. I thought, I can make a difference.”

He developed his own e-guides out of a combined desire to expand his reach and a disappointment with the materials he found online. “Most of what’s out there focuses on tech, and on startups,” he said. “I wanted something that could be used in any business and at any level of experience.”

He launched Pitch Creator’s first online course on Labor Day at the “mission-oriented” pricing of $35 per license. It’s been used by experienced entrepreneurs, in business courses at Johns Hopkins, Loyola University Maryland, University of Baltimore, UMBC and the University of Delaware, and at Baltimore Angels, Betamore, the Entrepreneurship & Innovation Network, ETC and Startup Maryland.

Tagler’s next goal is to expand the course offerings. Longer-term, he’d like Pitch Creator to become self-sustaining, with income enough to hire a staff.To him, though, it will always be a passion project.

“At Camden, we have a saying: ‘If you’re doing well without doing good then you are doing nothing at all’,” he said. “This is my chance to do good.”