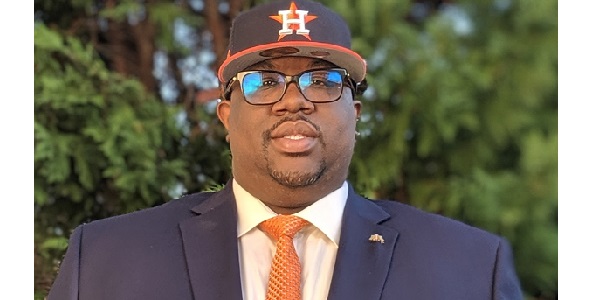 He developed a criminogenic therapy program that addressed the traits, situations, or issues behind those who commit crimes. While managing this program, David worked with a young man who was given the opportunity to go home from jail while he was partway through their program -- but wanted to stay in jail so that he could complete it.

This made David think: Why do you have to be in jail to receive this kind of support? And why is no one in the community doing this work?

David understood the need for criminogenic therapy as a preventative measure and that this level of support was needed outside of the criminal justice system.

That’s when David knew he needed to start this business, and he’s been hard at work ever since. Brooks Behavioral Health Services made their motto “Helping Individuals Thrive, not just Survive.” Working alongside his wife, David has made Brooks Behavioral Health Services a vital community service, winning Best of the Best Awards by The Frederick News-Post in 2019 and 2020.

David attributes his business success to the profound lessons he has learned throughout his life.

Growing up in a town outside of Houston, racism pervaded. He recalls being called derogatory, racist slurs by a football coach out on the playing field. He remembers his family’s “Yard of the Month” sign being vandalized with hostile words.

In addition to the area’s racism, David experienced severe childhood trauma. This led to David using substances around age fifteen, and by the time he graduated high school (which he did with Honors), he was addicted to using and selling drugs. David went to college but was kicked out in his first year for possession of drugs on campus. He became very familiar with the criminal scene, going in and out of jail three times.

At age twenty-three, he completed probation and decided to turn his life around.  And, that is what he did.

David went back to college, and while there, a professor helped him discover his talent for speaking. He joined the debate team, changed his major to Public Relations and Communications, and got a scholarship.

David graduated in just two and a half years and was eighth in the nation for debate.

After college, David got a job as a teacher at a magnet school. It was there that he discovered his love for helping and speaking with students.

He continued achieving each of his goals one at a time -- getting an educational counseling degree and then a clinical counseling degree to help his students even more. He started working with students with Autism, Asperger’s, Oppositional Defiant Disorder, or who were on the spectrum. This led to a position at the Frederick County Health Department for ten years, where he went from counselor to program manager.

When David looks back at some of the experiences he had to go through in his early life, he says, “By going through the hardest moments of my life, it built my character. I got through that, and I can get through anything else.”

David’s personal story shows his counseling clients that they can overcome any challenge they experience in life with determination and resilience.

David is now shifting some of his focus to his new business, The Cadillac Counselor, where he does consulting, presentations, and videos on mental health, stress, or anxiety.

And… why the “Cadillac Counselor”? He’s always loved Cadillacs. He says: “The smooth ride, comfortable -- that’s what I think of my counseling style.”

Learn more about David Brooks, MA, LCADC, and his businesses: