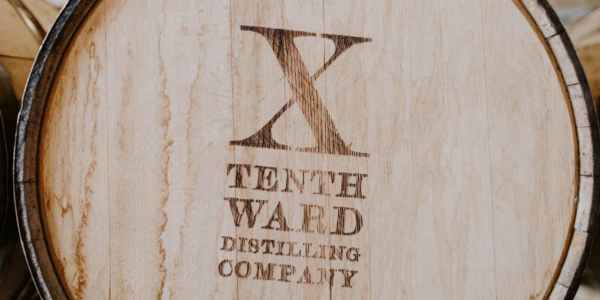 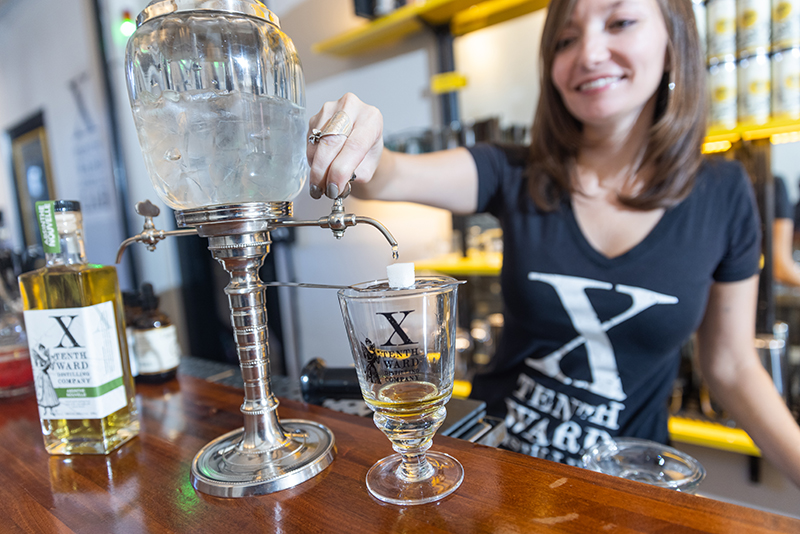 Equipped with shrewd business instincts and a background in science and hospitality, Pearce left her hometown of Frederick, but her heart stayed behind. Eventually, Pearce returned home with a passion for whiskey and a phone full of contacts. Always one to see the tumbler half full, Pearce was confident that her network of experts, paired with Frederick County’s entrepreneurial support, would help her launch the distillery of her dreams.

“I jumped off the cliff to business ownership,” Pearce shares with a laugh. But her background in branding and science, coupled with her contacts in accounting, real estate, and finance, say otherwise.

Today, her East Patrick Street cocktail lab, located in the historic 10th Ward of Frederick (hence the namesake), is full of mirth and ingenuity. From the specialty absinthe to the Victorian-era whimsy on the cocktail cans and bottles, Tenth Ward Distilling Company’s “against the grain” approach is intentional—and impactful.

Before setting up her shingle, Pearce didn’t know she was in uncharted territory. Establishing a woman-owned distillery made her a novelty within a male-dominated marketplace.

“I didn’t realize that my being female was something different,” she remembers. But her sage inner voice told her to run with it, so she did. Today, Tenth Ward is home to one of only a few African American female distillers in the country, with several Whiskey Women staffers reshaping the paradigm. “Ward off ordinary” is their tagline, and that’s exactly what they’re doing.

Creating a space where underrepresented employees can thrive is central to Pearce’s mission. Her head distiller is African American, and her staff is refreshingly diverse—in culture and in talents. At Tenth Ward, professional development is incentivized, and advancement in sales, distilling, and management is encouraged.

Filling gaps in knowledge, in the marketplace, and in opportunities is the common thread in Pearce’s narrative. Her willingness to admit what she doesn’t know motivates her to connect with the people who do know. Since launching her business, an unpaid but tremendously valued advisory board guides her strategy. And when it comes to R&D, an empirical, team-oriented process informs recipe development, testing and commercialization.

“Finding those mentors who can support you when you’re in the weeds is everything,” Pearce advises. “As women, we often want to prove that we can do it ourselves, but we’re receptive to the support of others.” For her part, Pearce keeps paying it forward, supporting local entrepreneurs and her community on the Frederick Tourism Council Board of Directors and as the Vice President of the Maryland Distillers Guild.

While they’ve been doubling their revenue from the first year forward, Tenth Ward is committed to a sustainable growth strategy. Distribution is currently focused on Maryland and D.C., with plans to expand gradually in the Mid-Atlantic. Creativity, a well-paced business plan, and rave reviews point to a 100 proof success story. 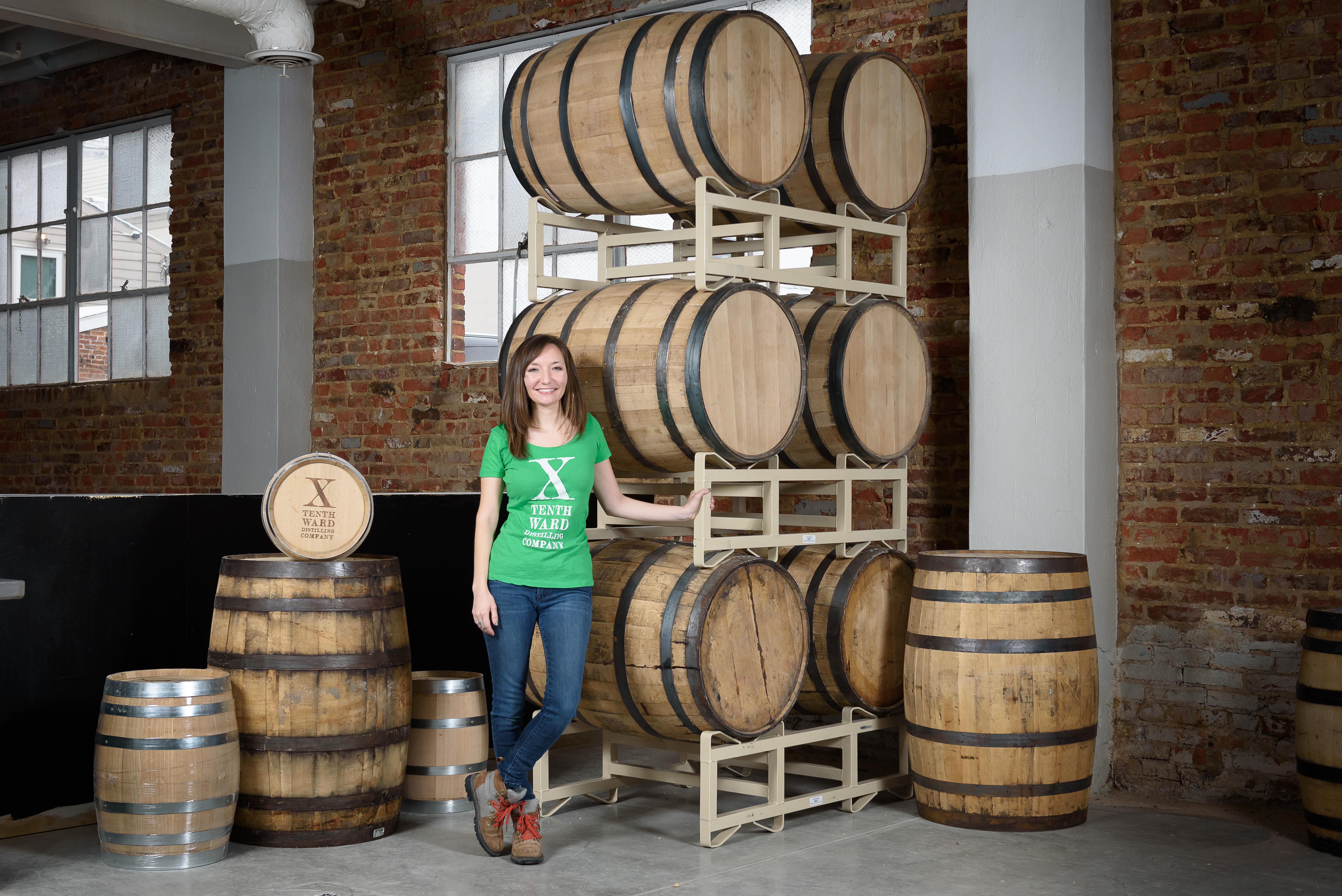