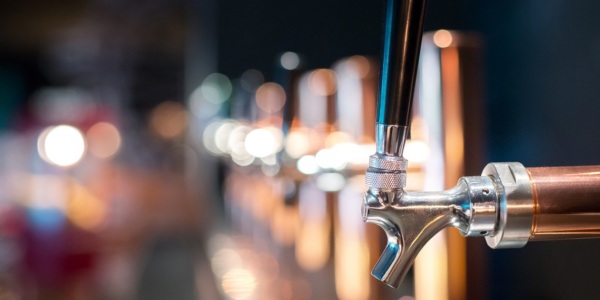 Frederick County is where you can find the area’s best agricultural bounties, from award-winning wines and handcrafted brews fresh from the farm to distilled spirits made from locally harvested grains and fruits. Whether you’re looking for a charming farmhouse-turned taproom where downing a frosty mug of cold beer has never gone out of style, a romantic interlude at a beautiful winery, a brew tour with out of town visitors, or a night out with friends at a downtown distillery, there’s fun brewing in Frederick County.

In a County known for its deeply rooted appreciation of fine fermented beverages, there’s a quick history lesson to be told in Frederick’s wineries, breweries and distilleries. In 1920, Maryland stood alone as the only state who refused to enforce the new law prohibiting “the manufacturer, sale or transportation of intoxicating liquors.” Then Governor Albert C. Richie laid out his opposition to national prohibition as an infringement on Marylander’s liberties and bootlegging became big business in the state. As opposition to prohibition spread, and the Twenty-First Amendment was passed, resistance by states led by Maryland, the state became one of the principal factors in the restored legality. Ever since, the state of Maryland has been a desired location for eager winemakers, brewers and distillers of spirits.

In 1976 in the countryside of Linganore, grapes were grown that would later become the catalyst for the formation of the Maryland Grape Growers Association. In 2006, Flying Dog Brewery came to town and would quickly become the largest craft beer producer in the State. In 2010, Distillery Lane Ciderworks, the first cidery in Maryland opened. As the farm-to-glass beer movement grew nationwide, the first farm brewery in Maryland opened in 2012 at Milkhouse Brewery at Stillpoint Farm. Mead, an alcoholic beverage made from honey is believed to have predated all other alcohols and in 2010, the Orchid Cellar Meadery and Winery, the first meadery in opened in Maryland. In 2014, the City of Frederick amended city code to allow small craft distilleries in the downtown area which quickly led to the opening of some of the first distilleries to open in the state since Prohibition.

Whether it's an old ice cream factory, an old opera house, Civil War-era barns, or a 100-year old mechanics garage, visitors to Frederick County can catch a glimpse of the rich history preserved before and after Prohibition times with adaptive new uses to preserve time-honored winery, brewery and distillery traditions.

The Frederick County Office of Economic Development has partnered with the Tourism Council of Frederick to create a Wineries, Breweries and Distilleries brochure to compliment our www.homegrownfrederick.com website currently under construction. Look for the launch announcement coming soon!