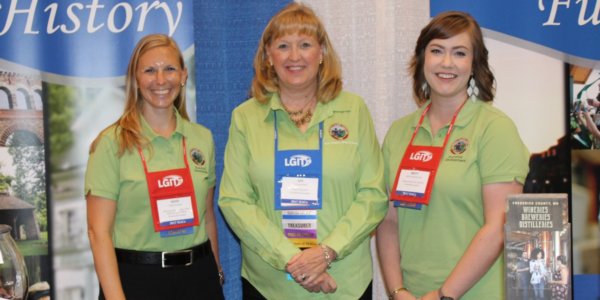 At a celebration of Maryland’s counties, Frederick County took center stage as a leader, particularly in craft beverages. The Maryland Association of Counties (MACo) held their annual summer conference from August 16-19. Elected officials and county employees from every corner of Maryland met in Ocean City to represent their county and connect with others. Attendees heard from speakers on a variety of topics including technology, employment, health, recreation, energy and more.

One session held on Thursday sparked the interest of many conference-goers: “Crafting Jobs with Breweries, Distilleries and Wineries.” Speakers discussed this booming industry and the job growth that comes with it, and a spotlight was shown on Frederick County for leading the way in Maryland’s craft beverage industry. Between claiming 30 wineries, breweries and distilleries, and the creation fo the recent “how-to” guide, Frederick County is making a name for itself in the State. An event held that same day called “Taste of Maryland” helped prove that point. Each county was represented by a booth at the convention center, touting food and beverages to represent their area. Frederick County proudly offered samples of four different beers from Flying Dog Brewery. Beer samples could hardly be poured fast enough to keep up with the demand in the room full of Marylanders.

The adult beverage industry is booming in the state of Maryland. In 2016, there were 65 licensed breweries, 89 wineries, and 20 operating distilleries, as well as 10 more distilleries in the licensing process. Maryland breweries sold 75.5 million bottles of beer in 2016, bringing in $94 million in sales. State wineries also saw great success in 2016, selling around 2.3 million bottles for $47 million. Frederick County is home to 14 wineries, four distilleries as well as a lively craft beer scene with 12 breweries and four farm breweries. Craft beverages is an industry boom that doesn't’t appear to be fading away any time soon, and Frederick County is proud to be leading the way.