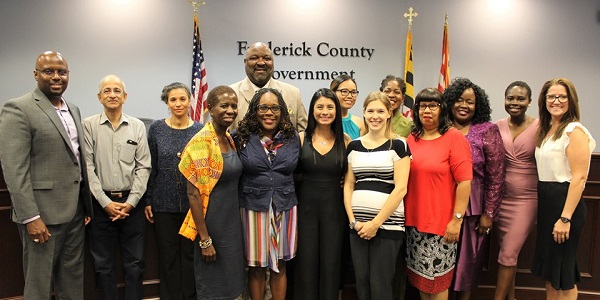 The seven month program, which began in February, had seven sessions that were led by subject matter experts in their chosen field. A breakdown of the sessions are as follows:

The valedictorian, as chosen by the students, was Dr. Xavier Bruce, owner and founder of Uplift Energy Coaching LLC.  Dr. Bruce is a retired Lt. Colonel of the United States Air Force, having graduated from the Air Force Academy in 2000. Read more here.

The class developed great synergy and collaboration with each other, resulting in teaming agreements on future projects and developing a lifetime lifeline of contacts and friendships.

If you would like to find out more about next year’s program, please contact The Office of Economic Development at 301-600-1058.