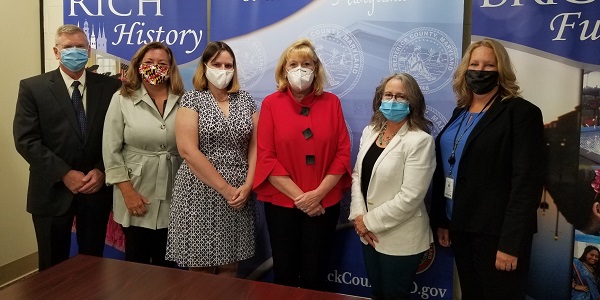 “This is great news for Frederick County residents. Taxpayers will save millions of dollars as a result of our AAA ratings,” Executive Gardner said. “Frederick County can be proud that our bond rating reflects the strength of our economy and excellent management of our county government and finances. With outstanding services, exceptional schools, safe communities, a diversity of jobs and a healthy environment, we are well poised for the future.”

Frederick County is one of only 49 counties in the nation to earn AAA bond ratings from all three bond rating agencies.  The county joined these elite ranks for the first time in June 2016.  Top ratings allow Frederick County to pay lower interest rates on the construction of schools, roads, libraries, parks, and more.  Additionally, the county plans to refinance old bonds at a lower rate, which will save an estimated $500,000.

Executive Gardner expressed her appreciation to county employees who work hard every day to ensure taxpayer dollars are well managed. “We have a great team of employees who serve the people of Frederick County well, and they deserve our thanks,” she added.

For additional information, contact Division of Finance Director Erin White at 301-600-1193 or via e-mail at EWhite@FrederickCountyMD.gov.