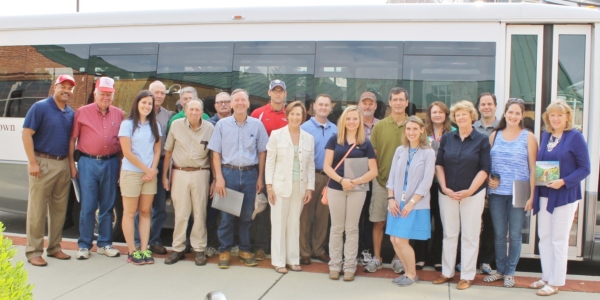 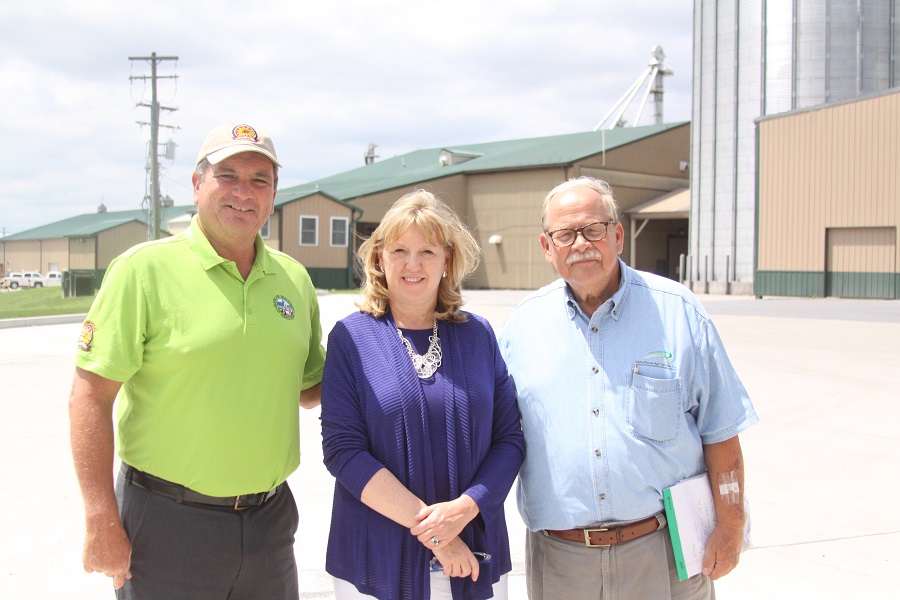 Approximately 30 people, including Maryland’s Secretary of Agriculture Joe Bartenfelder and other local and state lawmakers, gathered for a day long tour of Frederick County’s farms to hear about federal, state, and local issues facing the agriculture community. The Office of Economic Development sponsored the Frederick County Agriculture Legislative Tour along with partners at the Frederick County Farm Bureau and the Catoctin & Frederick Soil Conservation Districts.

The tour began at Catoctin Mountain Orchard with Bo 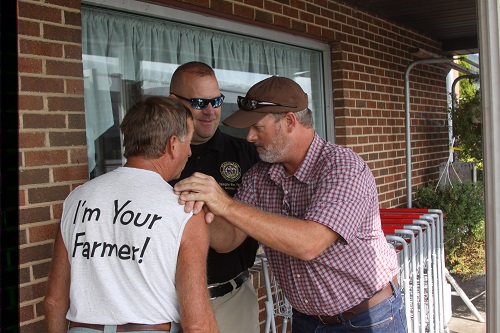 b Black discussing tree planting along RT 15, immigration and pest control issues that affect his operation.

As Maryland’s largest dairy producer, Frederick County’s dairy industry was represented with a bus stop at Glade Haven Farm where farmers Josh Roderick and Jichaela Cutshall spoke about nutrient management and robotic farming.”With the dairy industry having challenges nationwide, it is great to see so many legislators here today,” said Maryland Secretary of Agriculture Joe Bartenfelder during the bus tour. 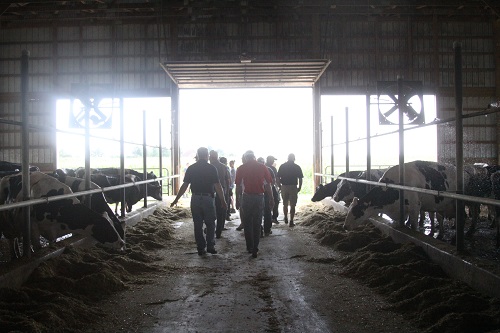 ing directly and indirectly in agriculture from all different backgrounds, from dairy and grain farmers to state and local lawmakers, to orchardists, winemakers and nursery operators, everyone working in Agriculture can identify some common ground on industry-related topics.”

Eddie Mercer and Tom Mullineaux of Eddie Mercer Agri-Service gave a short presentation and issues affecting cover crop programs and the impacts of the poultry industry across the state. Attendees toured Thanksgiving Farms in Adamstown where Darby Zimmerman and Louisa Roberts explained how their 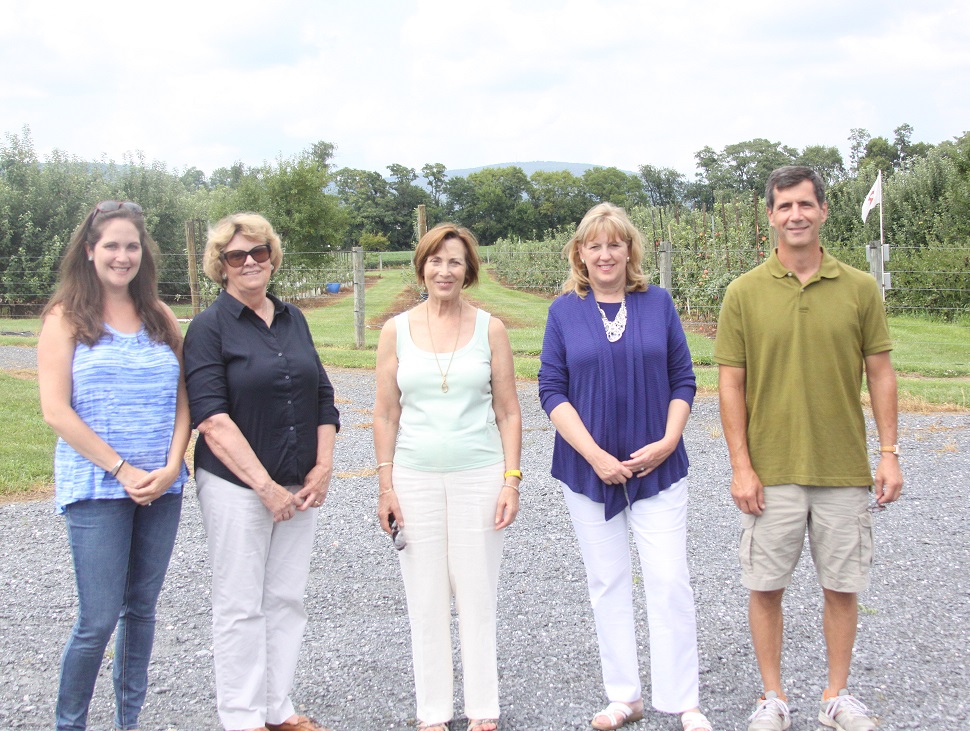 garden has grown from a nursery to a CSA operation as well as a farm brewery.

The tour concluded with a stop at Distillery Lane Ciderworks in Jefferson and a discussion about the wine industry with Rob Miller who brought up topics such as health department regulations such as food trucks. Director of Government Relations for the Maryland Farm Bureau Colby Ferguson who was on the tour and helped to bring light to ag industry issues said, “As the number one industry for Frederick County, agriculture is important to everyone. We need to work together to help find solutions.”