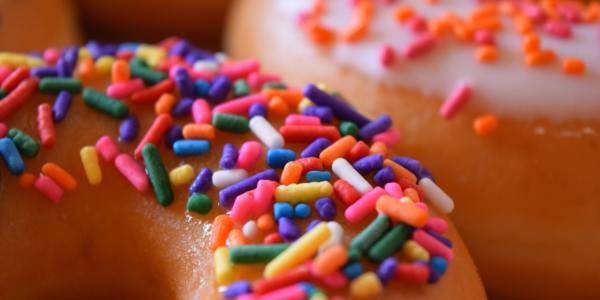 In celebration of National Donut Day, OED is excited to announce that Dunkin (previously Dunkin Donuts) will locate a 42,000 square foot state-of-the-art production facility on Wedgewood Boulevard in Frederick County.

Brent Fauntleroy, owner of the Frederick franchises, and his partners decided to locate their centralized kitchen in Frederick because of the growth potential.  From this facility, they will serve 40 to 50 locations and have future plans to increase production to serve 100 plus stores in the Frederick, Montgomery and Washington Counties, West Virginia, Virginia and Harrisburg, PA areas.

The new manufacturing facility will be located at 4626 Wedgewood Boulevard in Frederick. Mr. Fauntleroy and his partners purchased the building in late 2018 and are presently modifying the building to meet their needs.   Initially, they plan to employ 30 people, with plans to grow to 60 to 80 employees within two years.  The facility will be a 24-hour operation with two shifts.

The manufacturing industry is an integral part of Frederick’s community.  The project was approved for Fast Track Permitting by the Frederick County Office of Economic Development. Helen Propheter, Director of the Frederick County Office of Economic Development, said “We are thrilled to have Dunkin open their donut manufacturing facility in Frederick.  Dunkin was immediately placed as a priority status and worked closely with our office and our County partners to meet their occupancy timeline.”

National Donut Day was created by the Salvation Army in 1938 to honor the women who served donuts to soldiers during World War I.  Every first Friday in June, donut lovers cherish the day by eating the doughy, rich, sweet goodness delights!

Dunkin will celebrate National Donut Day on June 7th with a free donut with any drink purchase. The company has been serving their signature donuts for 68 years.  The world’s largest coffee and baked goods chain, Dunkin serves 2.7 million customers per day at over 7,000 stores globally which includes approximately 5,300 Dunkin locations in 34 states throughout the USA.

For more information on the Dunkin project or about Fast Track Permitting assistance, please contact the Frederick County Office of Economic Development at 301-600-1668 or by email at info@frederickcountymd.gov.