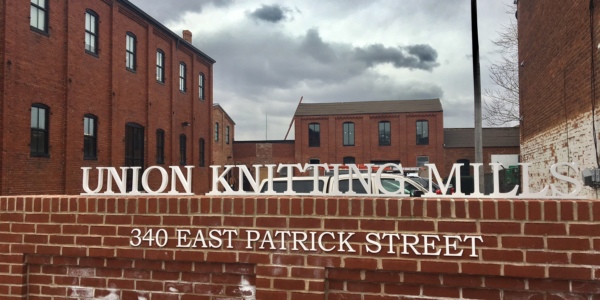 “I was always the guy starting stuff up and getting people engaged in them, even at a young age,” said 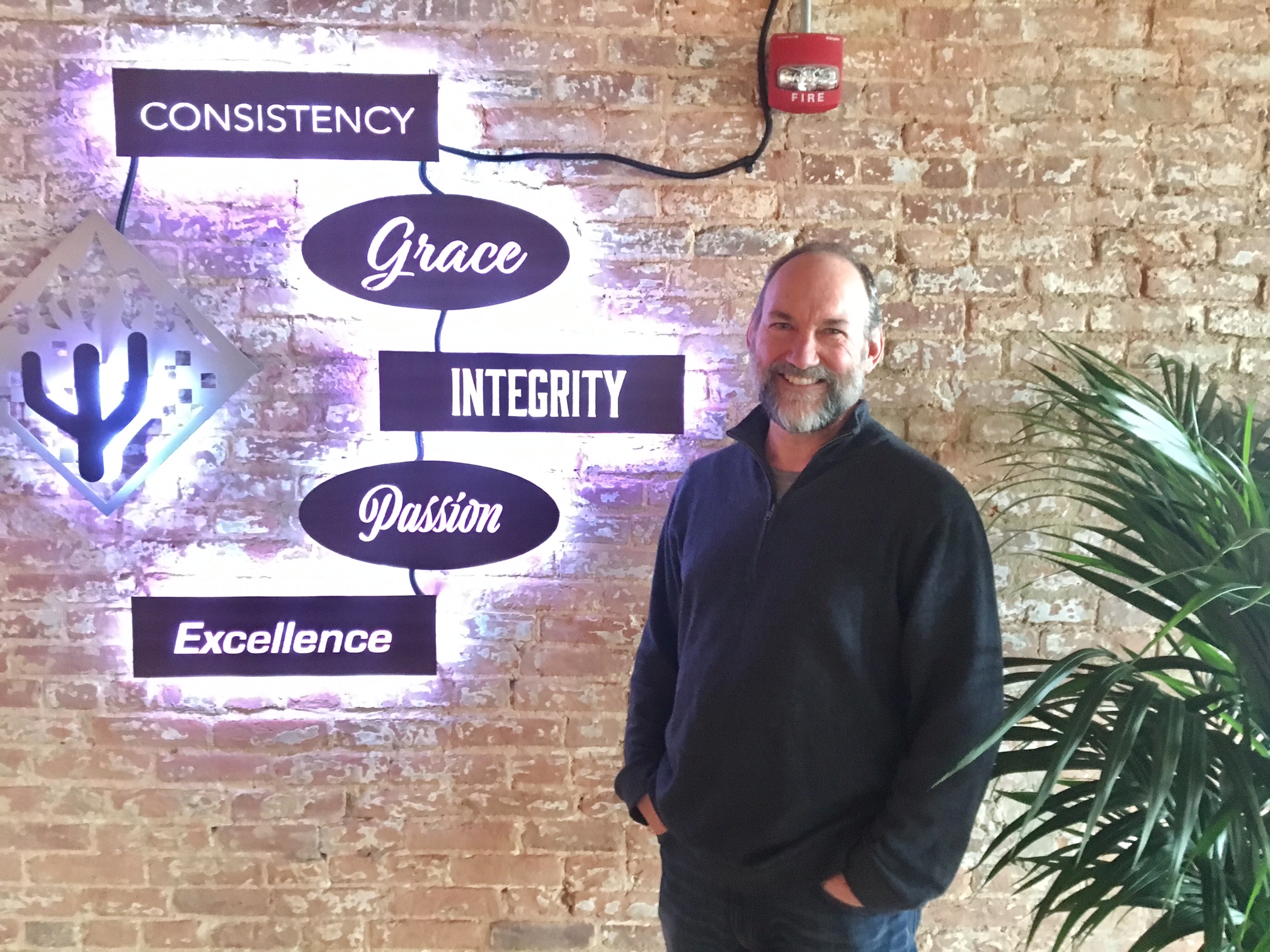 Yakabod’s Founder & CEO Scott Ryser. “I guess I always knew I’d start my own company, and with an engineering background, it was just naturally in tech.” A leader in secure software development since 2001, Scott, along with business partner Scott Williamson, have built Yakabod into a 30-person thriving tech company today.

Ryser has never been shy about expressing his adoration for Downtown Frederick so it was only fitting when Yakabod outgrew their beloved headquarters on Frederick’s Square Corner that he would search for another space close by. He had two goals in mind – it must be an easy walk and it had to be an upgrade. Yakabod’s new space at Union Mills has achieved that and more. 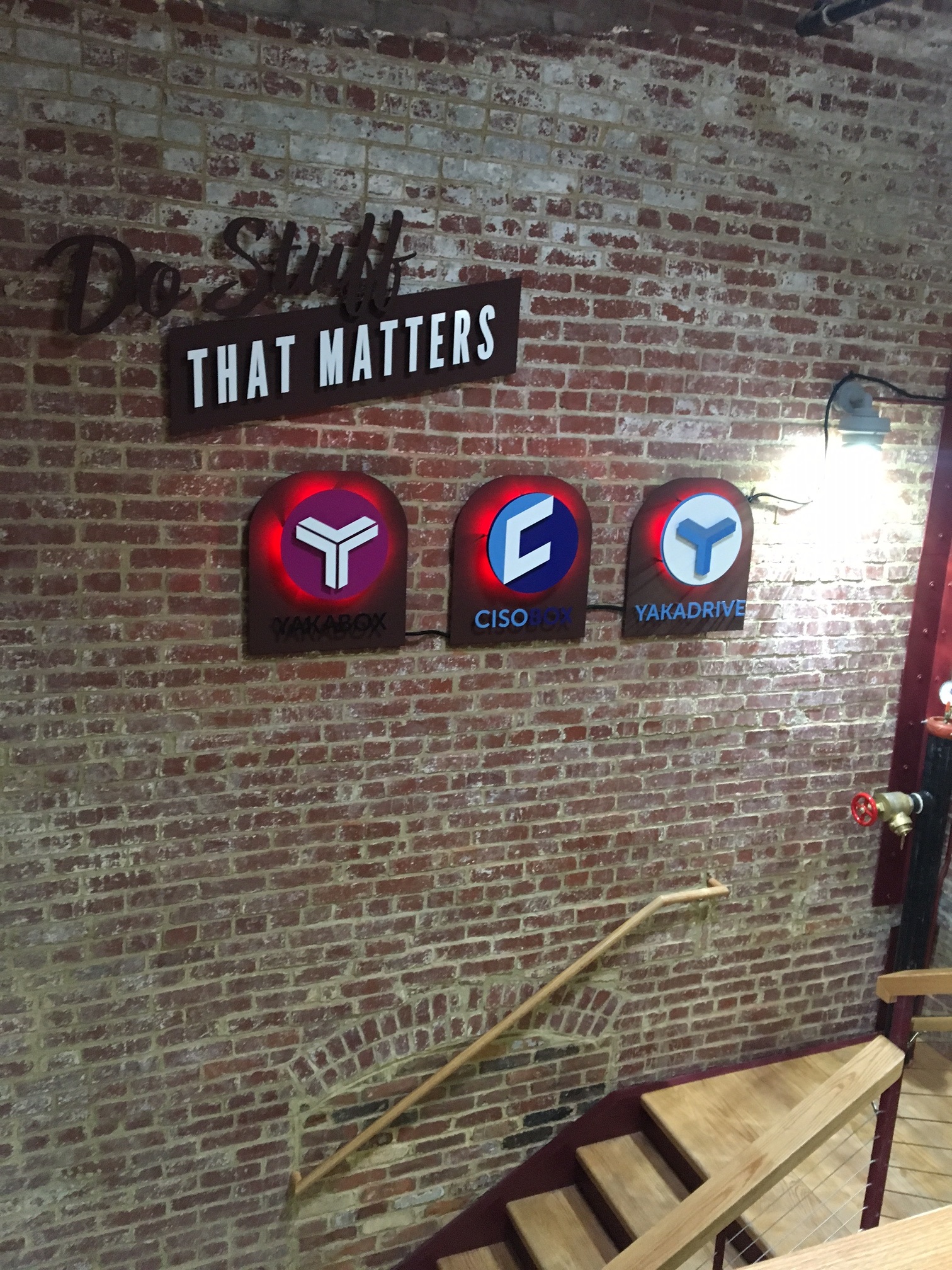 “We love the big-small town vibe of Frederick. It’s small enough where the community generally cares about and is invested in each other’s success and the prosperity of the community yet large enough to have a dynamic, top quality dining, entertainment, and art scene,” said Ryser.” These quality of life factors have helped shape a future for Yakabod in Frederick.

The company’s new headquarters was built upon things that matter to the company, which fits well with the company’s tagline “Do Stuff That Matters.” From a large refrigerator in the new kitchen with a tiny freezer, because “our employees aren’t shy at all about eating leftovers,” to using reclaimed wood found on the property, and working with as many Frederick businesses as they could to help transform the space. “We used Industrial Home for furnishings, Shield & Co made all of the metal work and a local woodworker handmade our tables,” said Scott. The ‘stuff that matters’ is embedded as clues into the company’s purpose right down to the name (Yakabod is an Old 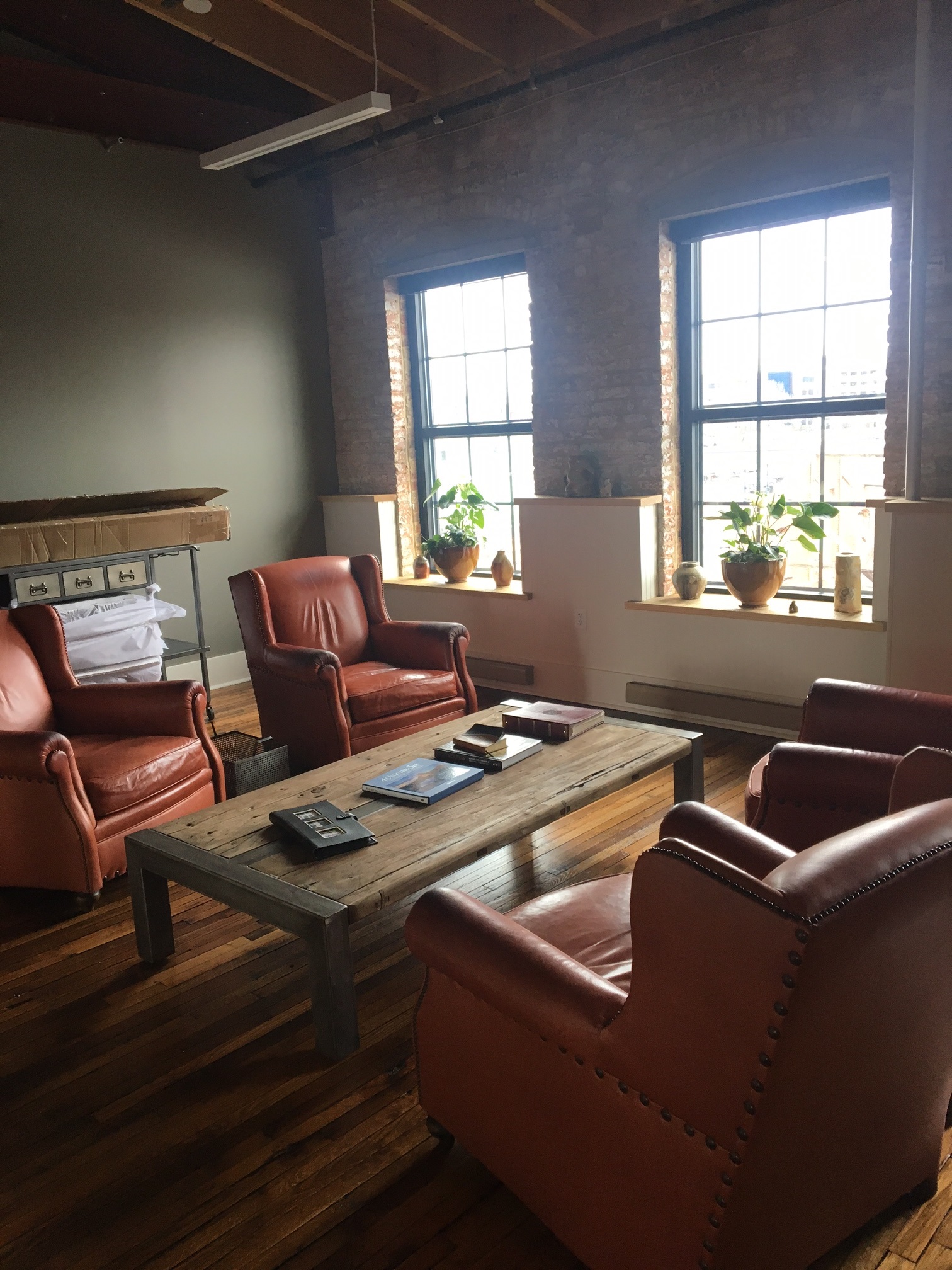 The stuff that matters to him is also “giving our employees the dignity of purposeful work, highlighting their specific gifts and talents, as opposed to the ‘billable body shop’ work many of them have experienced earlier in their careers.” The new space includes a developer’s bullpen that is 60% full and gives the company room to grow and a coder’s lounge with comfort in mind. Views of Carroll Creek and Downtown Frederick, a top-notch coffee bar, and even a shower so employees can bike to work helps keep employees inspired.

With a company focus on helping customers do the stuff that matters towards achieving their mission, instead of getting caught up in inefficiencies that detract from it, has made Yakabod successful.

Although he makes it sound easy, success wasn’t born overnight for Scott. After a few false starts, Yakabod began as a web software services firm in January 2001, when the market was really hot for such a thi 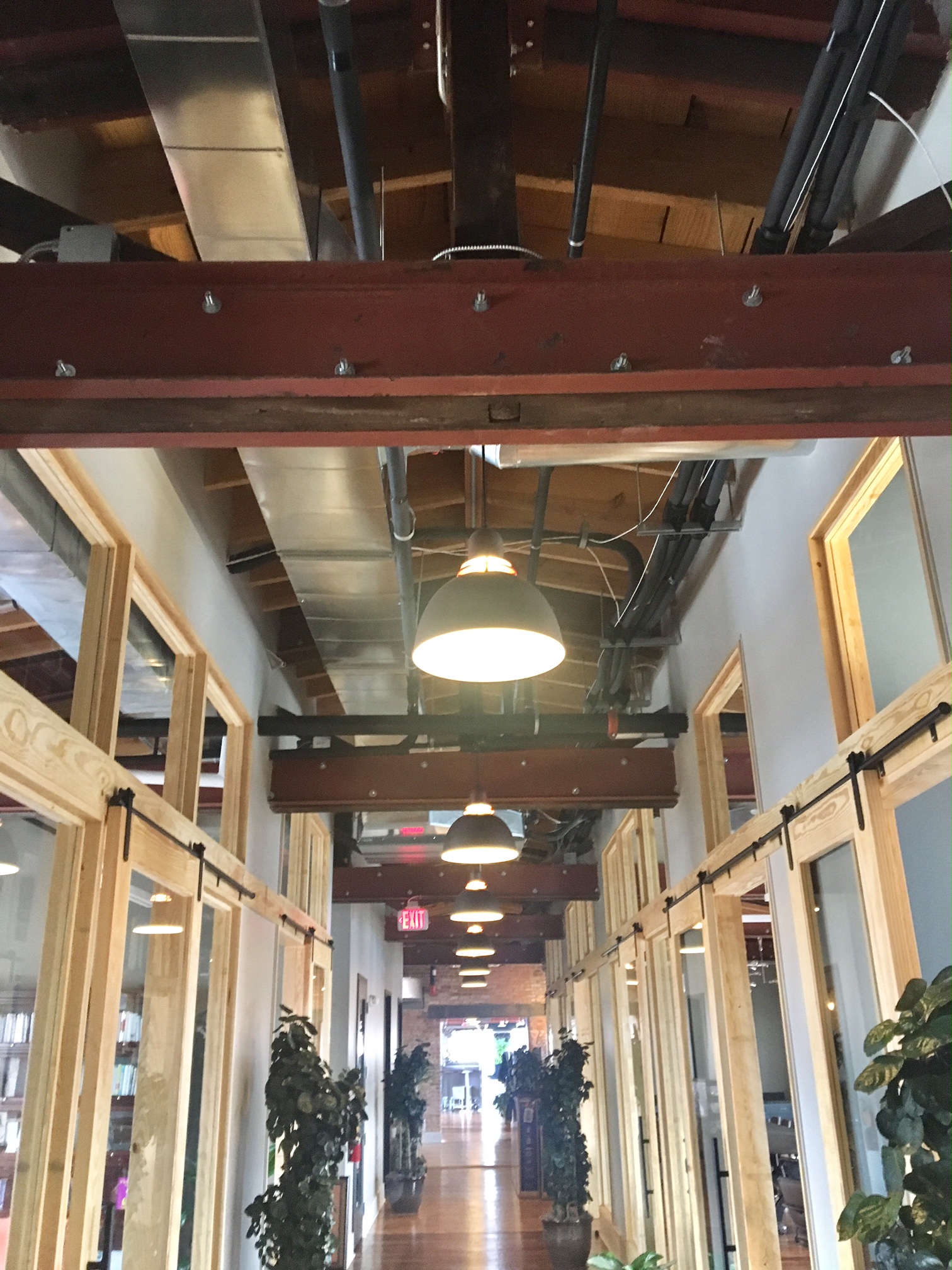 ng but just three months later, the bottom fell out of the dot-com market. It wasn’t until the tragedy of 9/11 that the intelligence community saw a greater need for the types of services Yakabod offers that Scott was able to successful shift the company to serve their mission.

Scott Ryser gives Scott Williamson, Founder & CTO/Board Member credit for the company’s successes as well. “After 9/11, one of my mentors introduced me to one of Scott Williamson’s mentors, who said we really needed to chat. I had a consulting business in search of a software platform. It turns out Scott had a complementary software platform in search of customers. So we put that all together in 2003, and Scott and I have been building the current Yakabod together ever since,” he said.

“Scott and I both recognize none of it matters if building the company is just about our egos or solely for our personal enrichment,” said Ryser. Building a successful self-funded tech business isn’t easy but Scott is happy to add that “Being in Frederick, in our beautiful office home, make working through all the hard stuff worth it.” 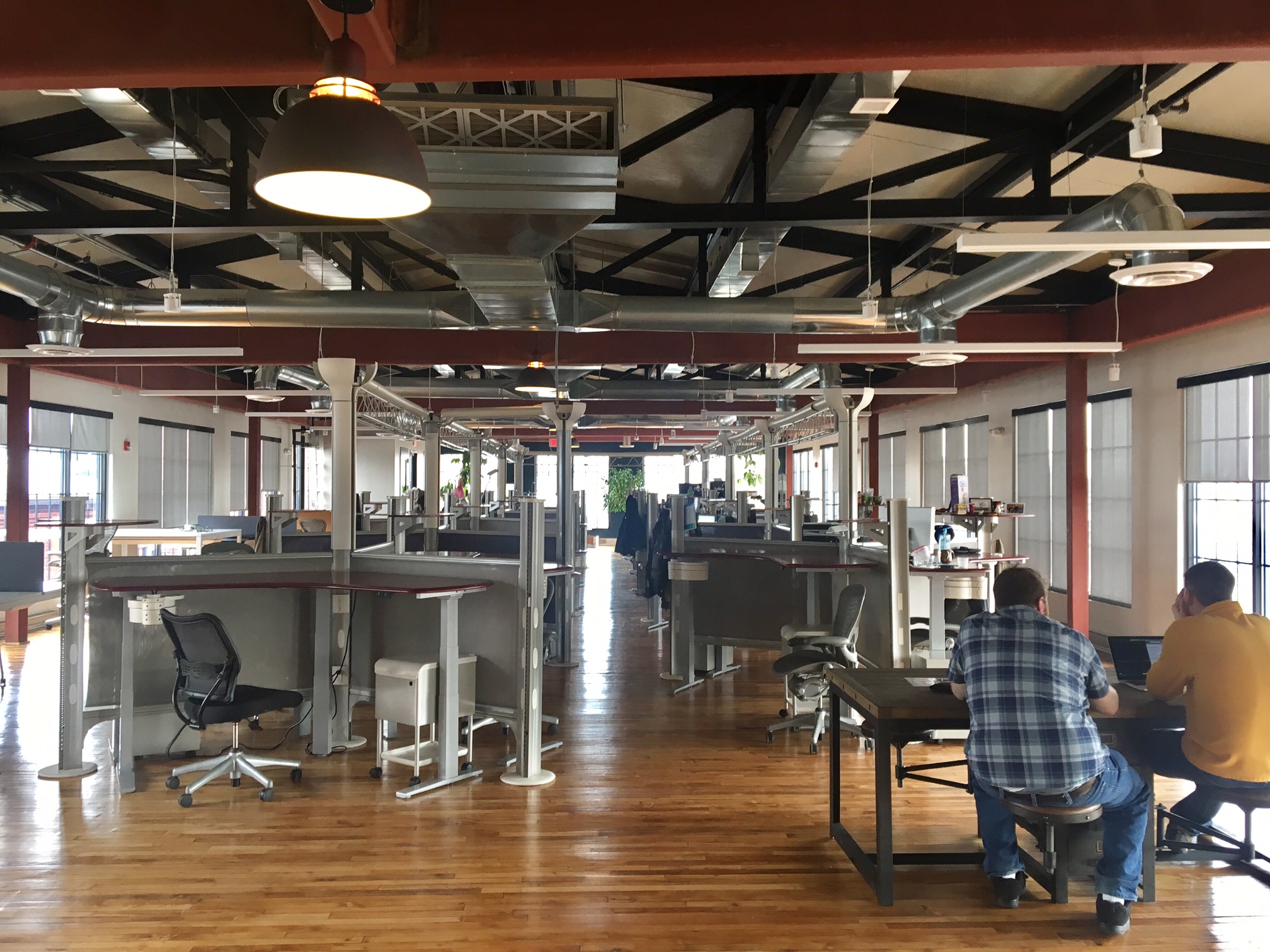 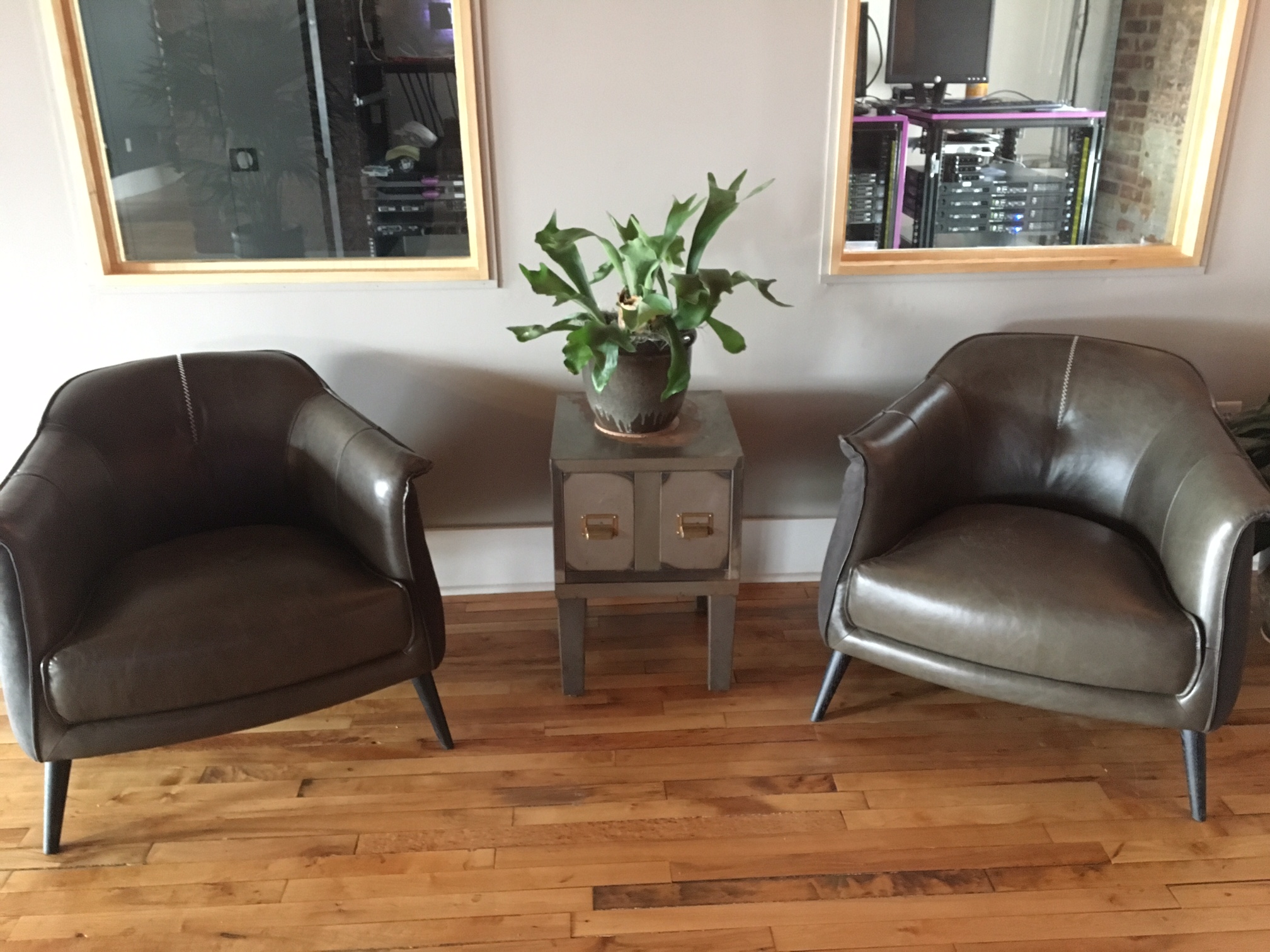 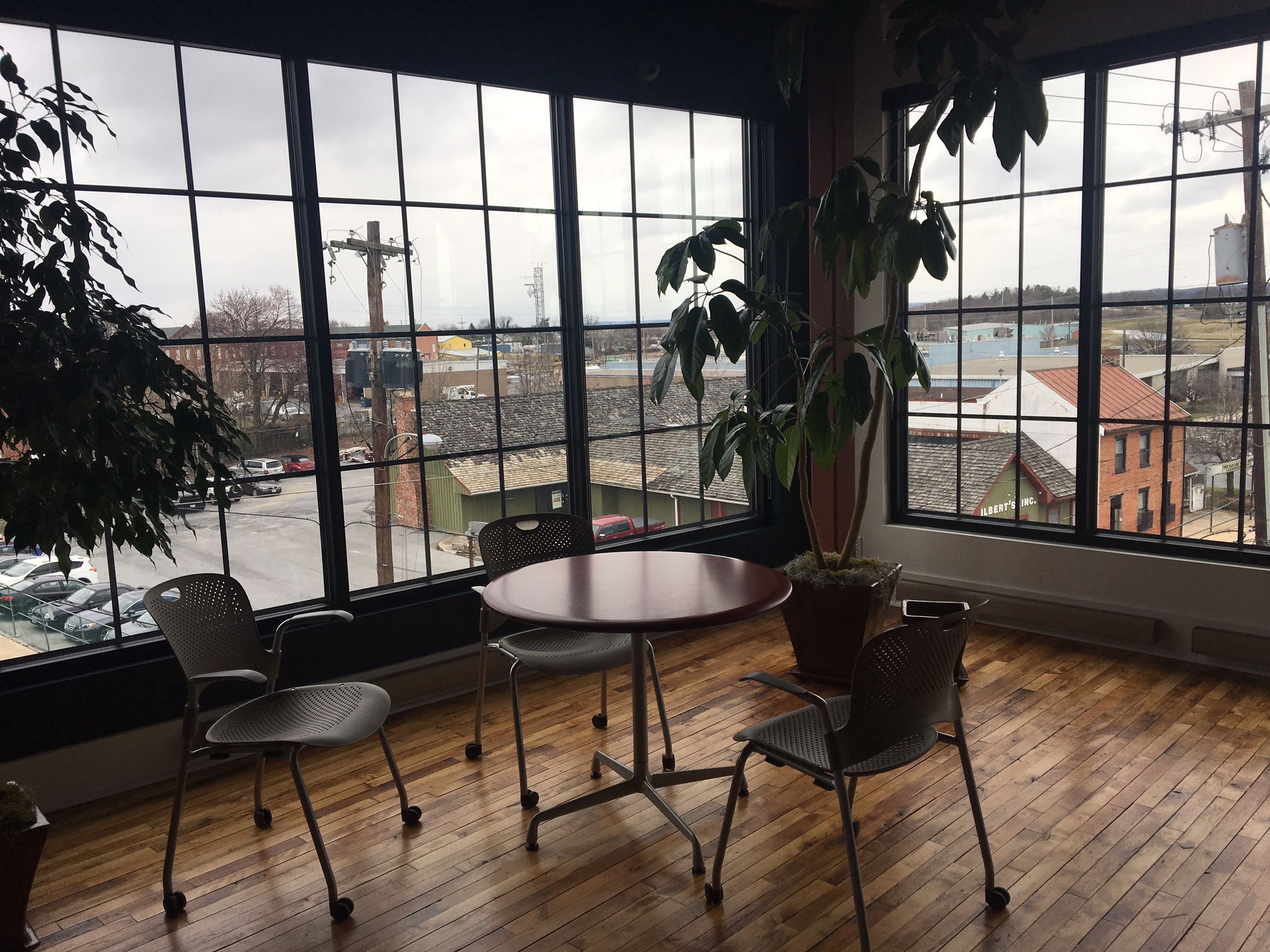 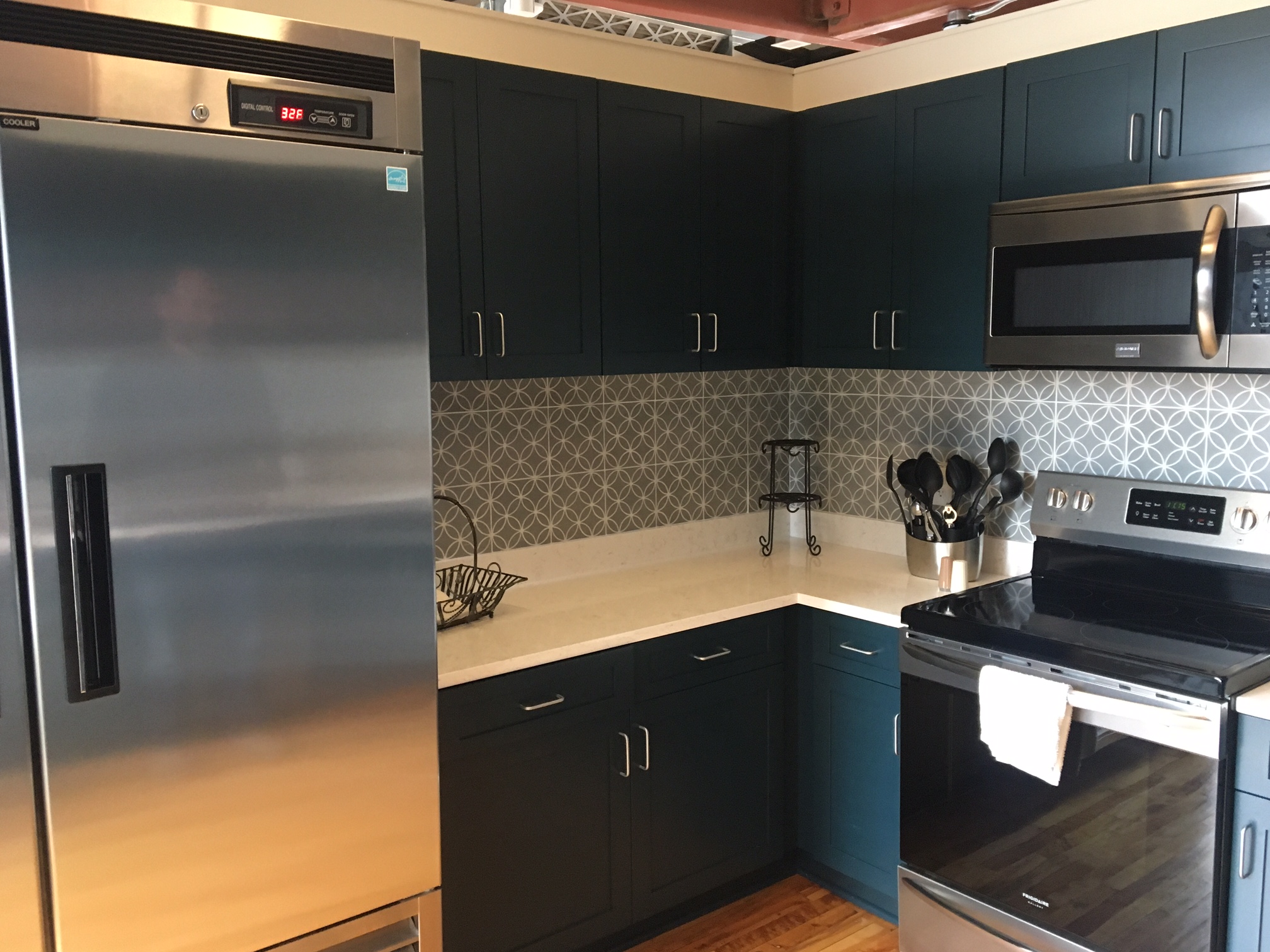 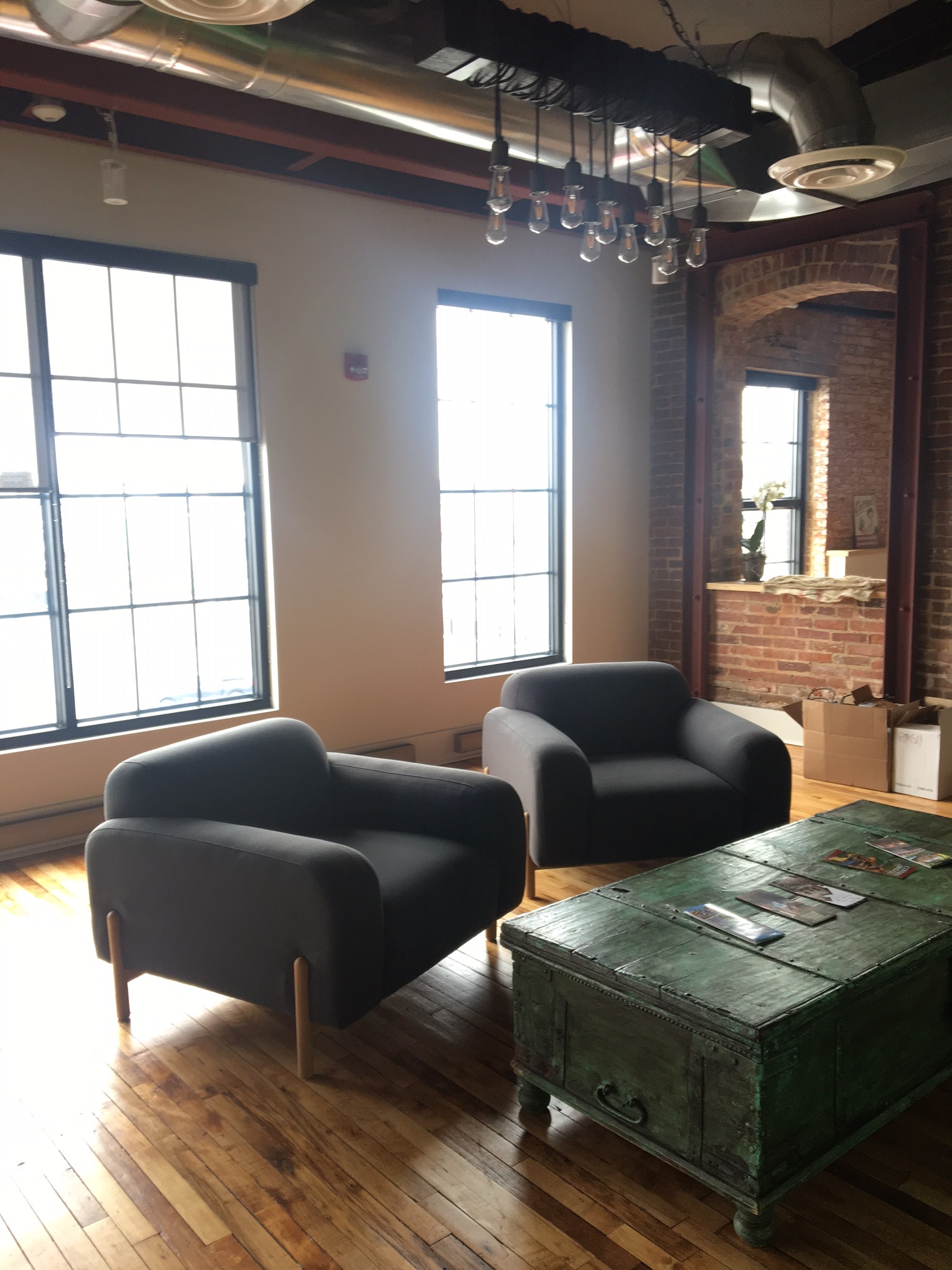 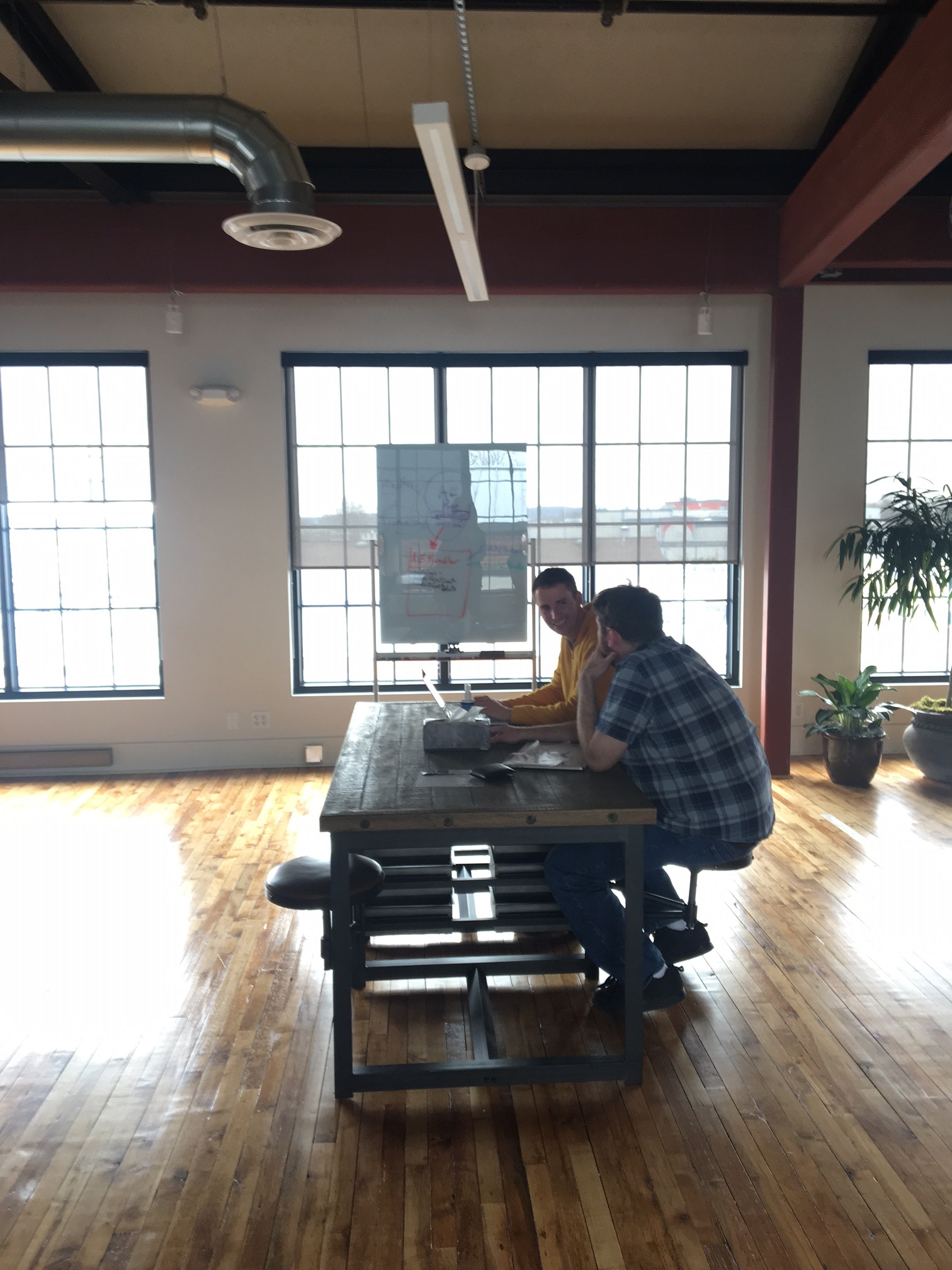 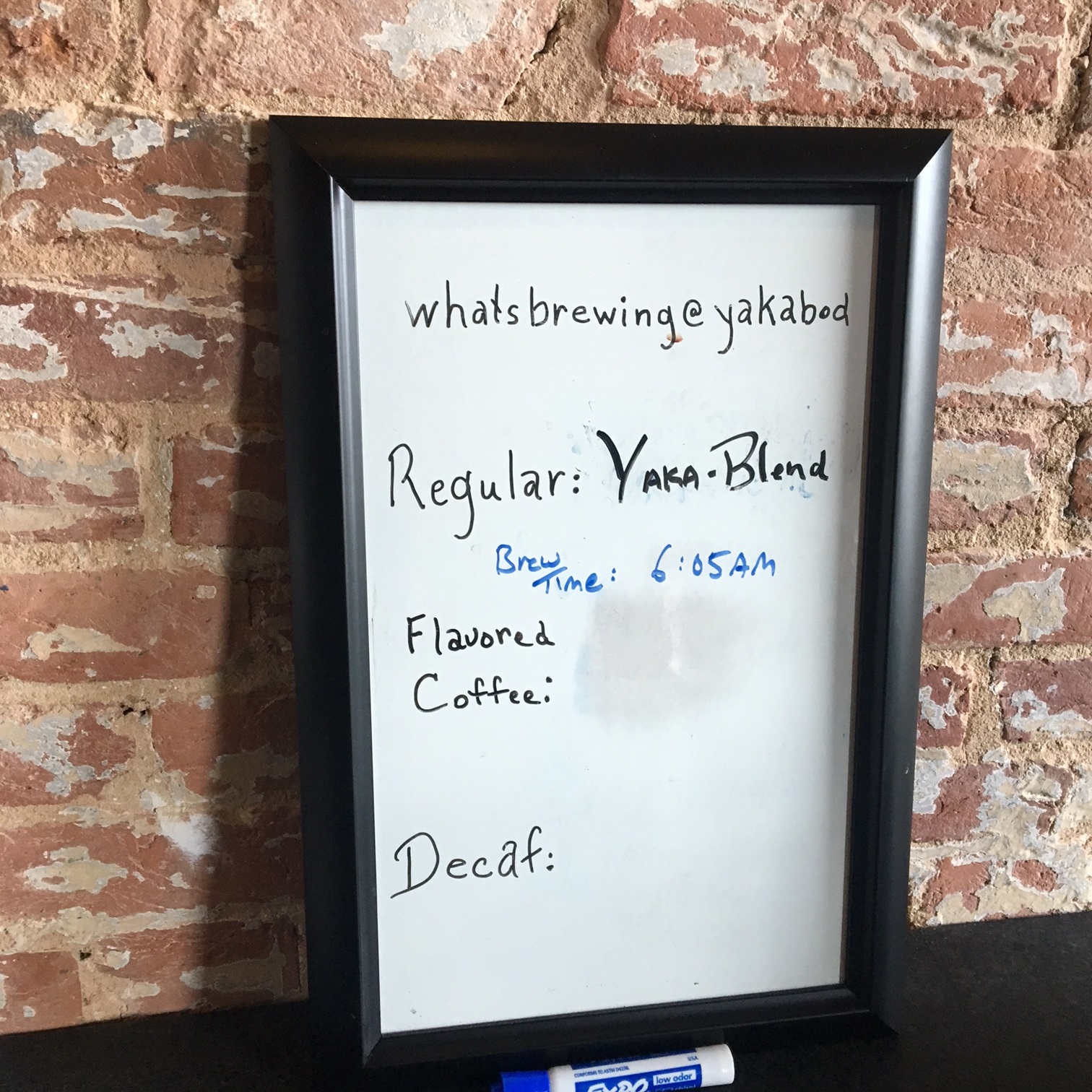 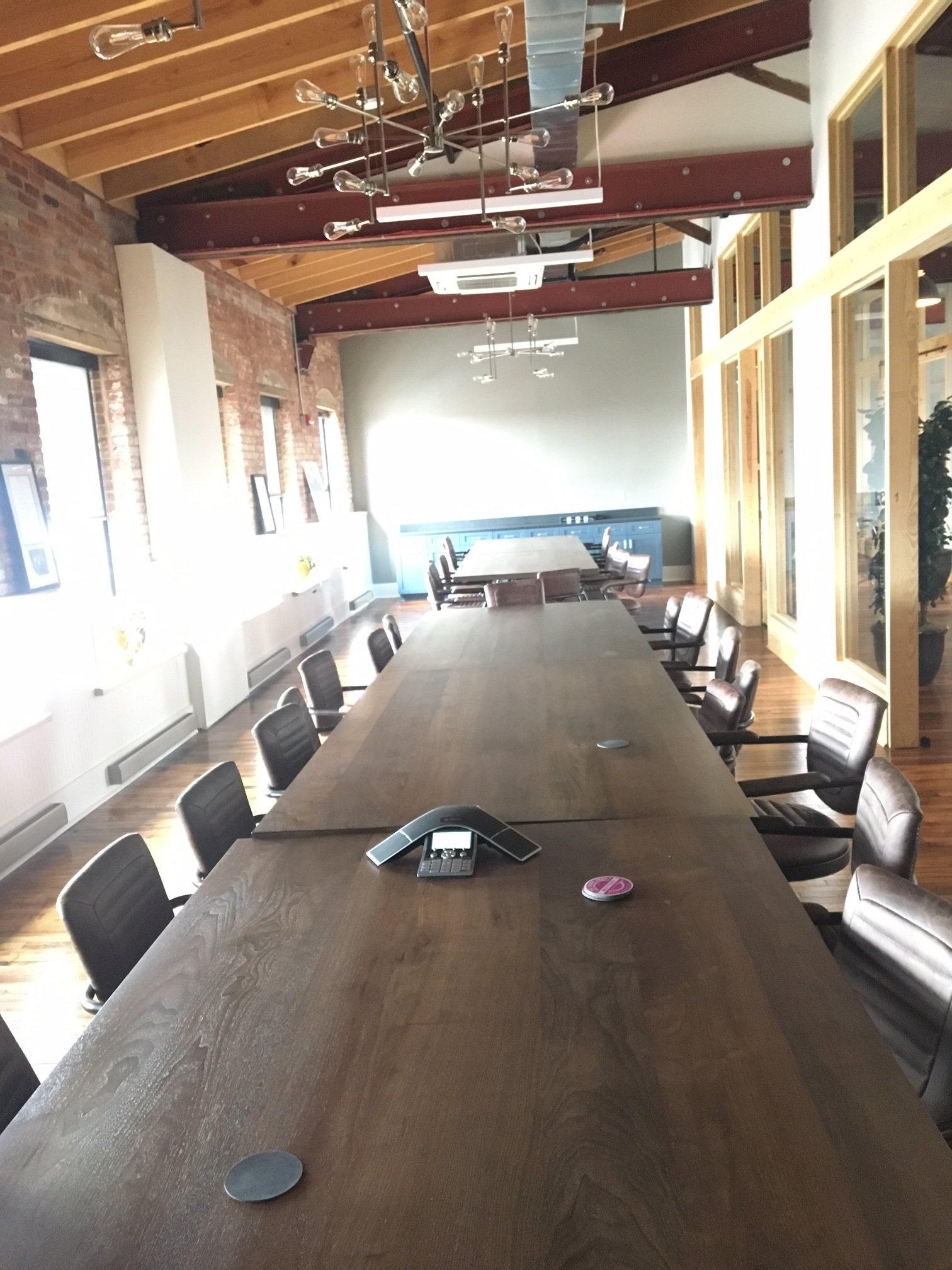 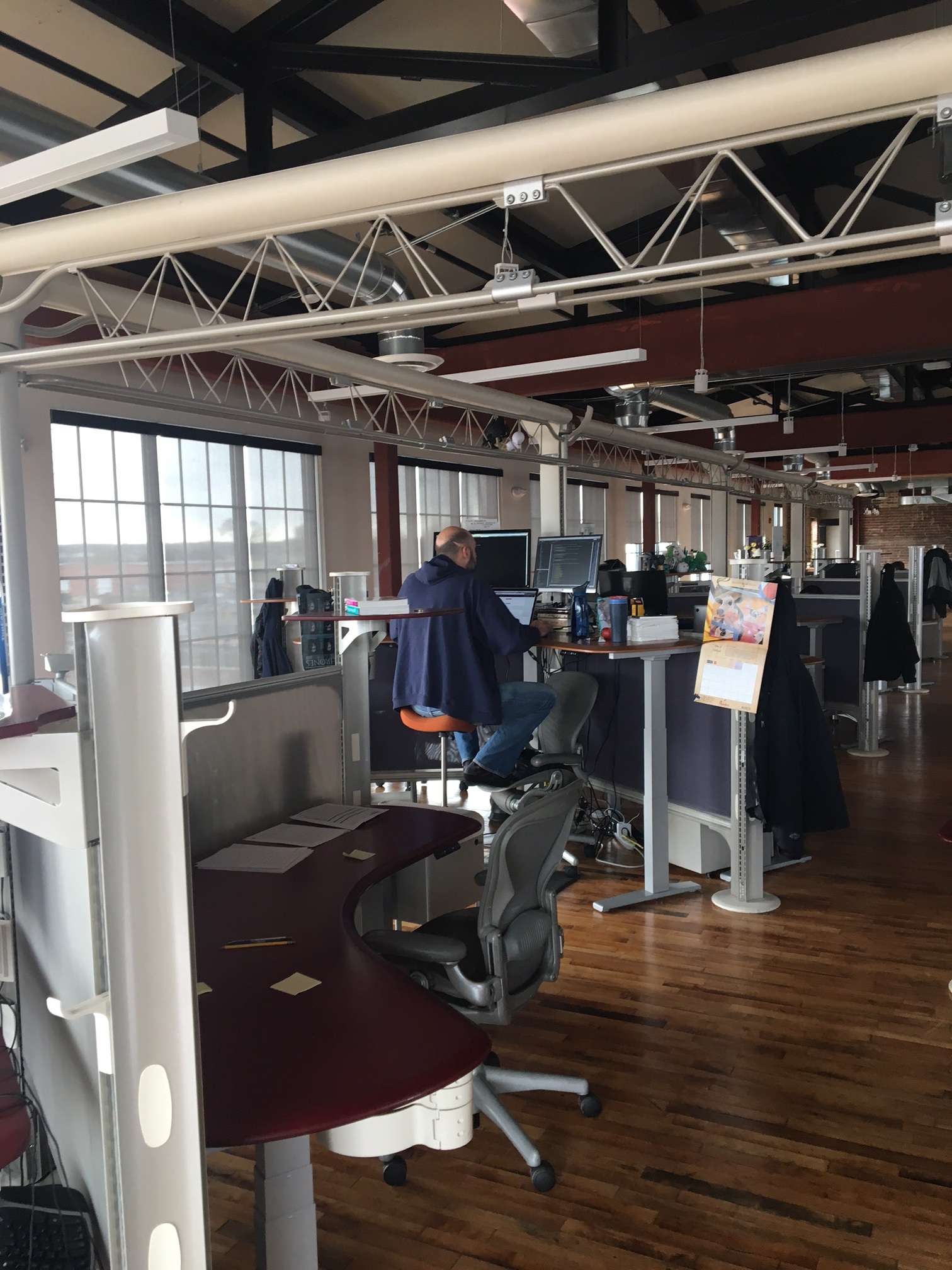 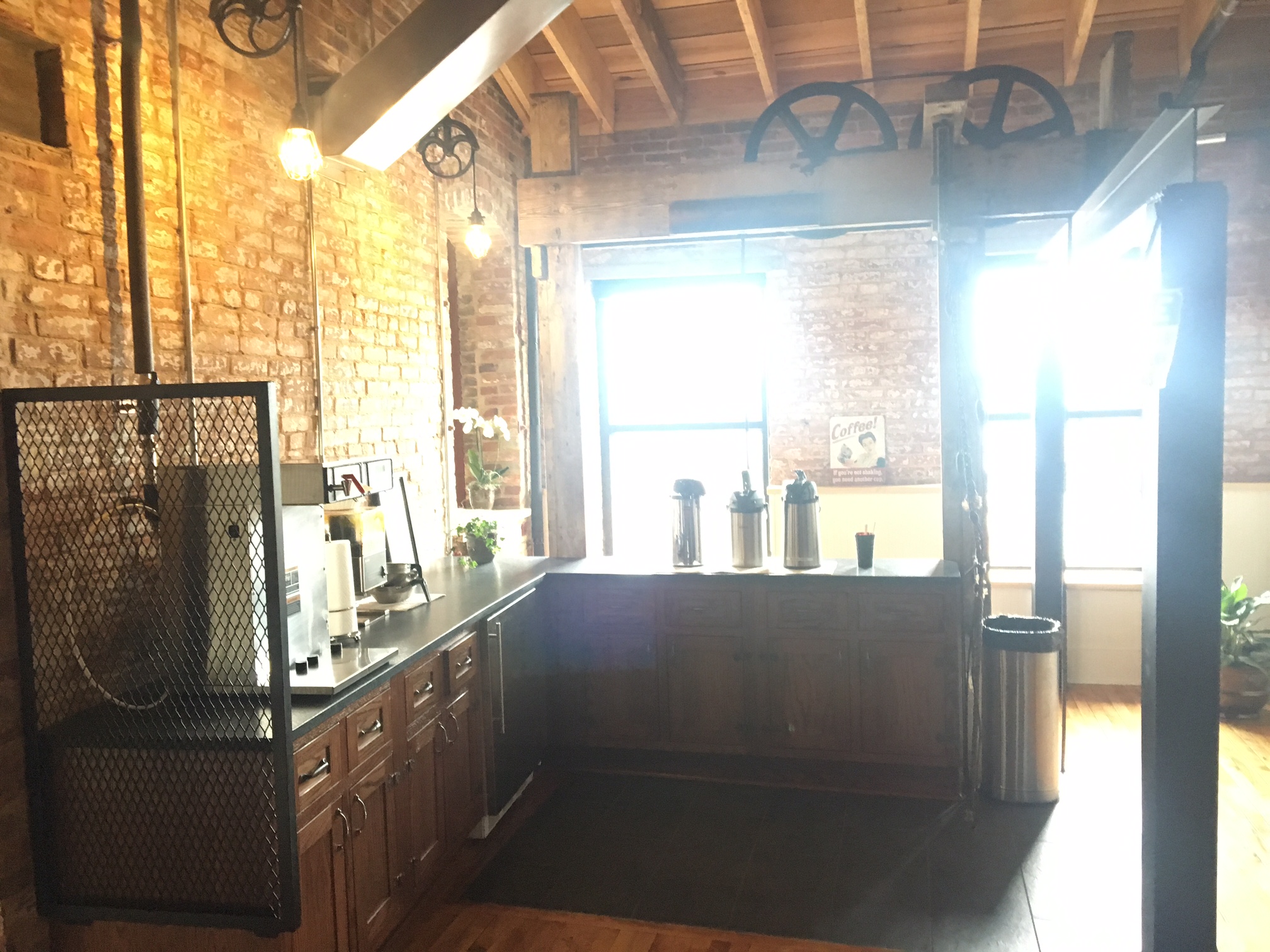