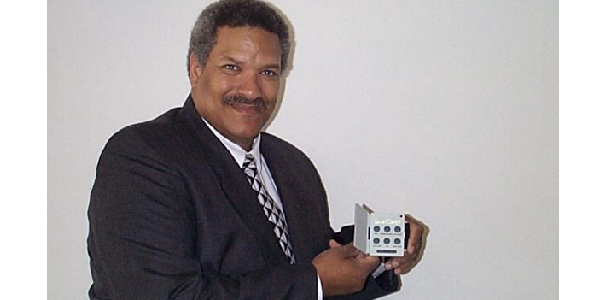 When Bruce Redding was working towards his undergraduate degree in engineering technology at Temple University, his Professor, Mr. Greene, said, “You can be the guy working in the lab on the project, or you can be the guy creating the project and commercializing the business.”

In that moment, Bruce decided that he would rather be the engineer, scientist, and entrepreneur pushing the project.  In the years that followed, his innovation and success have proved that he made the right decision.

Have you ever had Hamburger Helper, Fruit Roll-Ups, St. Patrick’s Day Oreo Cookies, or Orville Redenbacher popcorn? Interestingly, Bruce encapsulated flavors in each of those household favorites. His company licensed these patents to DuPont and  Conagra, and they received royalties on those patents*.

Bruce’s entrepreneurial experiences and developments fascinates everyone he meets:

Yes, you’ve read correctly so far: he invented the Green Dye St. Patrick’s Day flavor of Oreo Cookies, was trained to be an astronaut, and worked on Star Wars-related projects!

When reflecting on his journey, Bruce shares that he encountered skepticism about his capability as an African American and has been denied funding from venture capitalists because of his race. Despite this, his company has grown incredibly and continues to work tirelessly to create products that can dramatically impact lives.

For the last 30 years, his focus has been on engineering and product development. Bruce holds 62 patents -- licensed to the US Government, Dupont, Conagra, Ottens Flavors, and others.

Today, Bruce is the CEO of Transdermal Technologies, a company founded on the concept of delivering drugs through ultrasound technology -- not needles. Through skin patches, it allows drugs to go into the bloodstream directly.

Specifically, they have been trialing this technology for insulin delivery. Transdermal Technologies’ unique version of ultrasound causes pores to dilate, allowing larger molecule drugs -- like insulin -- to go into the skin. This method will be a game changer for people with diabetes.

Their insulin patch is currently in Phase 3 Clinical Trials. They started a Phase 3 Rehearsal Test in their clinic in Frederick, where they are testing the patch for 14 days with a continuous glucose meter to measure insulin delivery via their patch.

So far, they have exceeded the requirements of the FDA standard.

However, hindered by COVID-19, Transdermal Technologies has been unable to complete all of the studies due to the limited number of available volunteers. Presently, they hope to work with volunteers from South Korea to continue trials, where COVID fatalities have been low. Once they complete the trials and receive product approval, they plan to manufacture their product in the United States.

Bruce and his team are motivated by the capabilities of their life-changing technology. Their next project? A patch for Parkinson’s Disease combatting tremors.

*These license deals have ended.