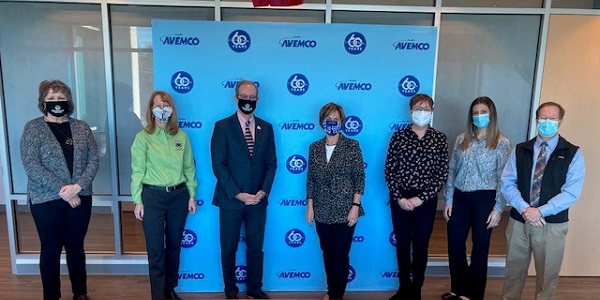 In 1961, Avemco Insurance Company insured their first airplane, a Cessna 172 Skyhawk. Ironically, a few months later, that same plane became their first claim. 2021 marks Avemco’s 60th anniversary of giving tens of thousands of pilots the peace of mind knowing that they would get them back in the air quickly if they ever had a claim of their own. That makes 2021 a special year.

Avemco is located at 8490 Progress Drive, Suite 200 in Frederick and employs 35 people.  60% of their workforce has been with the company for 10 years or more.  Avemco is owned by Tokio Marine HCC Insurance Company, headquartered in Houston Texas, and they are the only direct writer of aircraft insurance for general aviation.