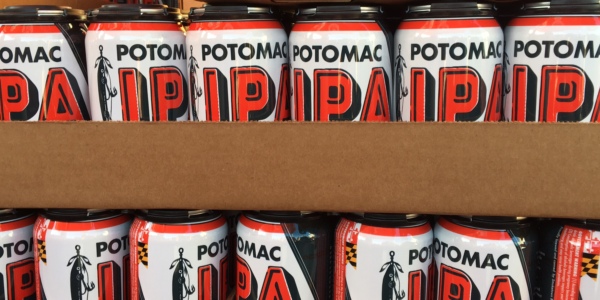 There was a hootenanny happening in Brunswick on March 31, 2018 as Smoketown Brewing Station celebrated their 2nd year in business with their “2nd Anniversary Hootenanny.” Owner Dave Blac 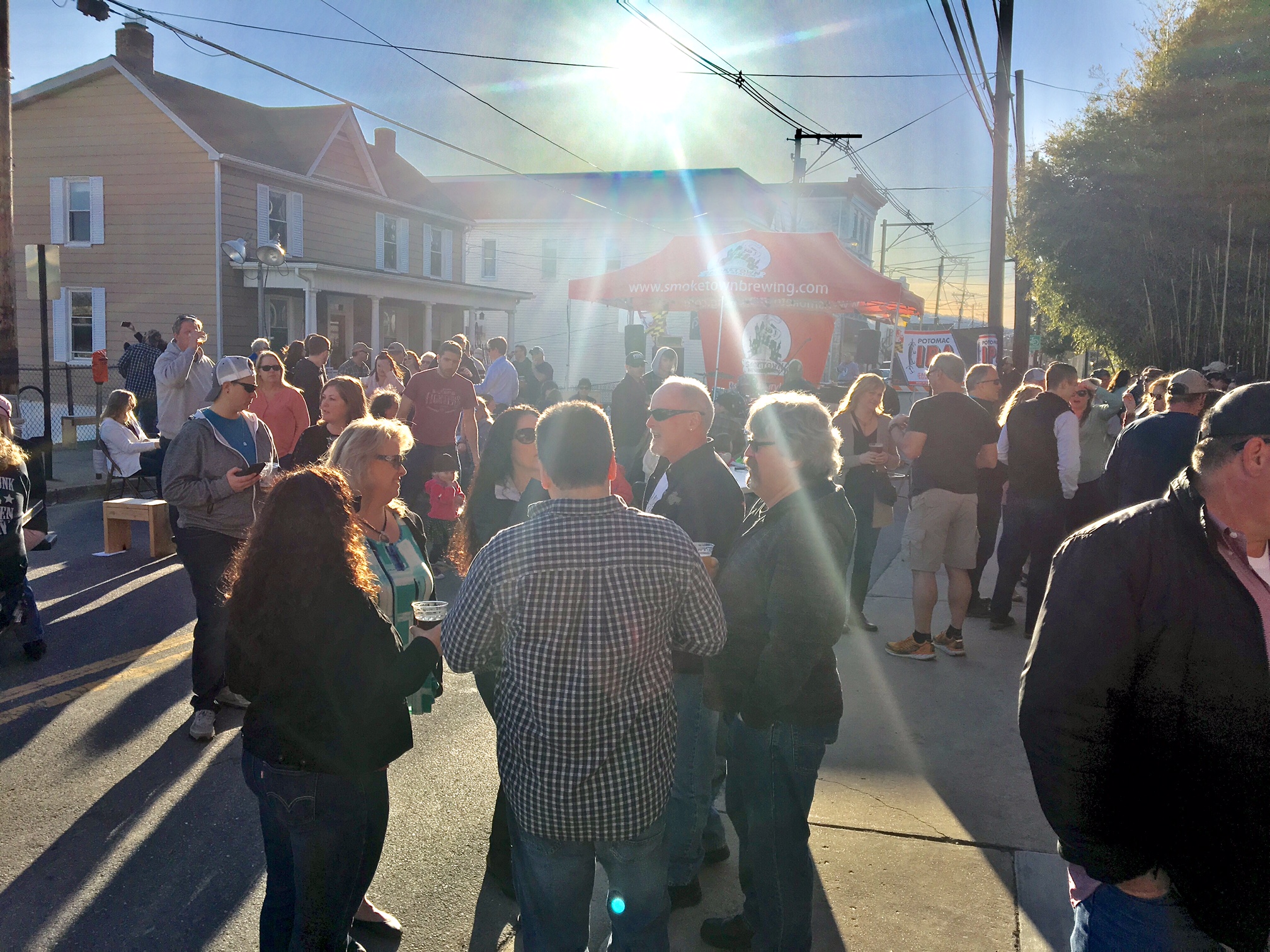 kmon’s path to brewery owner and winner of the #2 spot for ‘Best Beer’ in Frederick by Frederick Magazine, is one of hard work and persistence that has been widely billed as a game-changer for Brunswick.

Dave has been an entrepreneur since 1990, when he first opened three used bookstores in Albuquerque, New Mexico. “I find great joy in creating and controlling my own destiny,” he said. “Also it helps that I enjoy and embrace challenges and risk.”

His vision for the former 1948 fire station on W. Potomac Street wasn’t always intended to be a brewery. Blackmon, being in the home remodeling and “flipping” business, was inspired by the building’s bones. He said, “My first actual intention was to turn the building into a building reclamation and architectural salvage resale location.” But that all changed when he met Tom Barse, owner of Milkhouse Brewery in Mount Airy.

“I will never forget the next step in my process,” Blackmon recalled. “After meeting Tom at Milkhouse, I invited him down to the building on the premise I was looking to open an All-Maryland beer tap house, hoping to tap his beer there.  After about 60 seconds of the tour, Tom said ‘Absolutely not. This HAS to be a brewery.’ I'll never forget those words.”

As Tom enjoyed his own success at Milkhouse, he had to step off the project and Dave was inspired to keep the process going. “I made a promise to the community, so I decided to tackle the project regardless, learning as I went. Kathy Martin, Smoketown's business manager at the time, was also key to the process.”

Blackmon is also motivated by putting Brunswick on the map. “Nothing of the kind has ever been attempted in Brunswick and I wasn't sure there would be enough of a draw or critical mass of support, if you will.”  Downtown Brunswick received the State of Maryland’s Enterprise Zone designation in 2016 to help revitalization efforts and the brewery became the first certified enterprise zone business. The City has recently shifted its marketing efforts to the natural surroundings of the area such as the Potomac River, C&O canal, camping, boating and more. Many people are making the drive to see what the hype is all about. “We have made great strides in bringing new folks into our brewery, Brunswick and Frederick County on a daily basis,” he said.

On the topic of his family, his wife Lauren and two sons Jake and Spencer, can be found on any given evening working in the brewery alongside of him. Dave said it’s absolutely an amazing aspect of the business to have them around him. “However, my son Jake is as hardheaded as I am. Needless to say, we have had our share of arguments (but I usually win).... all part of the package!” 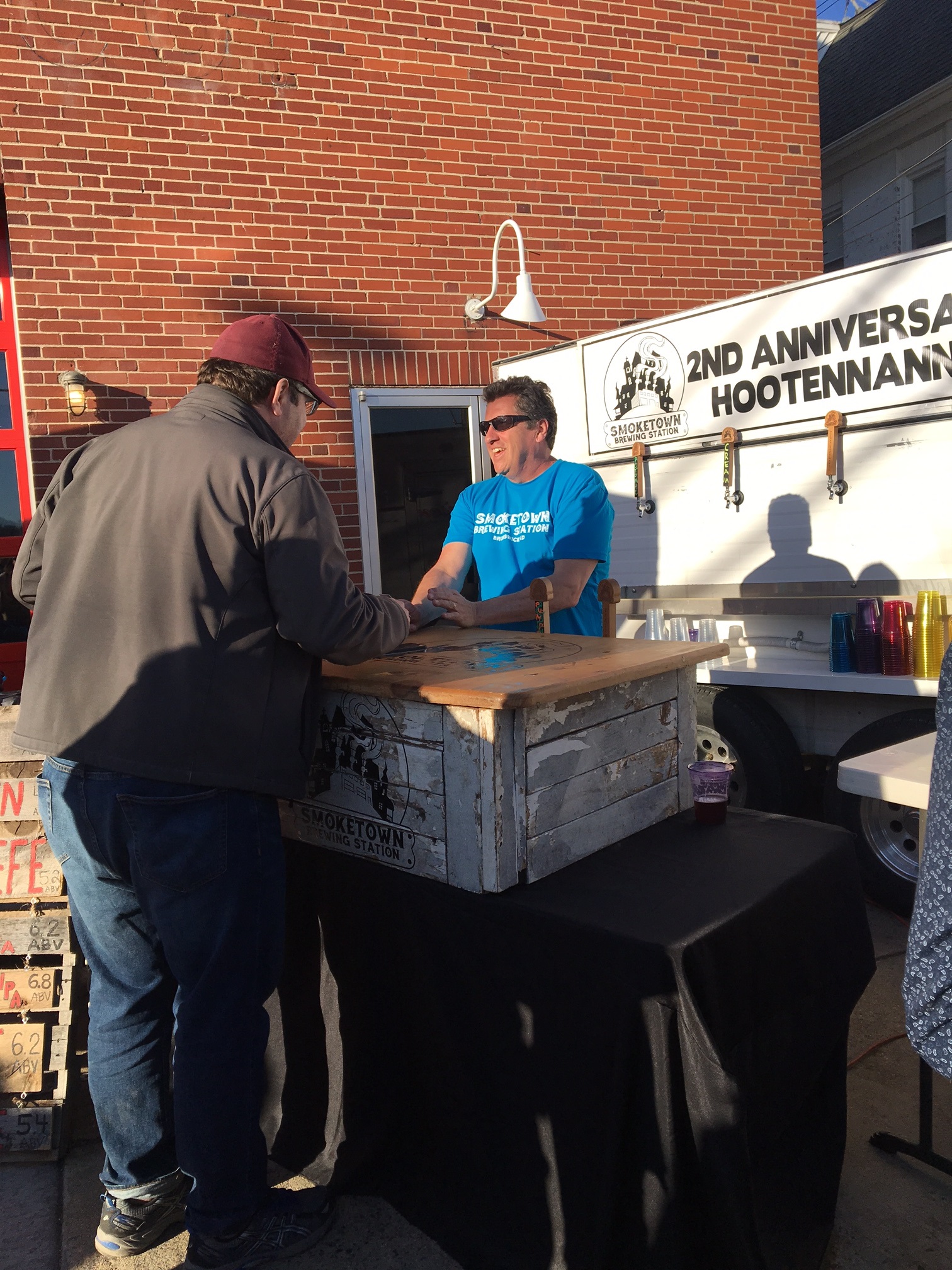 What does the future of Smoketown Brewing Station hold? An 8,000 square foot event space, Cannon’s Events, which once hosted iconic entertainers such as Patsy Cline and George Jones, will be open by late summer. “We will be hosting live music, Oktoberfest, cornhole tournaments, roller derby, among so many other things in the near future.  As I have told many, whatever my insurance company will let me do,” said Dave.

As Smoketown just canned the first beer in Brunswick with the popular Potomac IPA, year three for the brewery he says will be interesting with at least three other beers in cans and increased in-house production. He plans to expand to 24 permanent taps and Smoketown has started distribution with Wantz Distributors. Blackmon also has his eyes set on the next target markets – Virginia, West Virginia and Pennsylvania.

Looking back on the journey that led him here today, Dave said, “If you asked me in 1990 if I thought I would be hiring The Smithereens, Bob Seger or Kix to play in my place, I'd have said that’s an insane thought. But here we are, hopefully we'll see them soon....”