Before becoming a lead sales associate and Vice President at MacRo, Ashleigh’s previous position was at Carr Workplaces. She started as a receptionist of their Reston, Virginia location and within two years, she moved up to the general manager position at one of the organization’s largest spaces in downtown Washington DC.

After leaving the job and taking time off to decide if she wanted to continue working in real estate, she came across a blog by Rocky Mackintosh on LinkedIn titled: “Who Will be My Next Apprentice?”

Rocky’s job posting invited applications from those who would like to be mentored and break into the commercial real estate business. Ashleigh saw the job posting, wrote a 500-word essay and a cover letter, and five years later, she’s moved from mentee to leading sales associate all the way to Vice President.

Ashleigh has become well known within her industry, receiving such acclaim as becoming an “Emerging Dealmaker” finalist in the Frederick Real Estate and Development (FRED) Awards and being highlighted in Frederick Magazine as one of “five people to watch” in 2019.

Ashleigh is one of the few full-time women active CRE agents, and one of the only full-time Black woman CRE agent based in Frederick County.

We recently sat down with Ashleigh to get her perspective on diversity and inclusion within the Frederick commercial real estate industry, and her advice for those wanting to break into it.

Would you say that the Frederick real estate industry is diverse and inclusive?

Is it diverse? “Not at all.” (Laughs.) “I love all the guys I work with -- it’s not their fault. It more has to do with this being a small community. When I was in DC, it was much more diverse, but African Americans are still underrepresented overall when it comes to the commercial industry.”

Is it inclusive? “I would say yes, it is inclusive. I have not had a lot of negative experiences. The challenge is that it is a little harder to break into this industry. You need someone who can help give you those first opportunities. However, this isn’t just due to diversity or race. In commercial real estate in general, it is helpful to have someone established to help you break into the industry. It’s helpful to have a mentor.”

Within Frederick County, how do you think that we could better support diversity in commercial real estate?

“The county could help by finding ways to connect and promote minorities within the industry. They have started to really push this by developing the Frederick County Executive Minority Development Program.”

“Really, what’s needed is to change the way that people view Frederick. Whenever I leave Frederick, I hear people describe it as a ‘good ole’ boys’ community.’ So, it’s a bigger question of: how do you change that perception?” 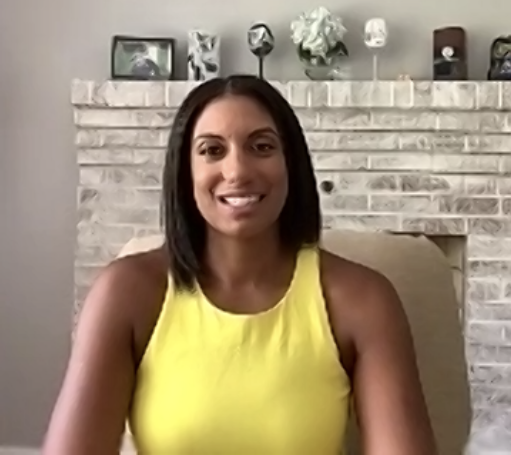 What advice would you give to an underrepresented individual looking to get into commercial real estate?

1. You have to have thick skin. You have to accept that you might be beat out by somebody because you’re not a white male with a well-known last name. I’ve gone head-to-head and lost out on deals, and I had to let it go. It’s important to not take it offensively and understand that your presence here makes you a part of the change. Five years ago, there wasn’t a Black female commercial real estate agent doing heavy business and now there is. That is change.

2. Be willing to soak up and learn from everyone around you, regardless of who the information is from or what their background is.

3. Embrace your culture. Look at what you’ve got not as a hindrance but an asset. You’re bringing something totally new to the experience. For example, if you’re bilingual, embrace that. For me, I embrace that I am underrepresented. How do I work that to my advantage in a way? How can I make myself noticed for the positive?

If you had everyone within the local commercial real estate industry in one room, what would you say to them?

“I would say: seek out people different than you to bring into your business.

I’m not suggesting that you choose someone strictly based on the fact that they are underrepresented. Of course, look at what their credentials are.

The point is: Try to see what you can do to change it up versus hiring someone who is a younger version of yourself. Can you step out of the box and work with someone that you would learn something new from? What Rocky and I have learned from each other over the past 5 years is incredible. We have experienced that having two opposites together is what can make it work.”

Any last thoughts on being underrepresented in the real estate sector?

“I would say that being underrepresented is not necessarily a negative if you can find the positive out of it.

If you have a negative experience with one person, don’t let that make you feel like everyone is that way. Right now is a great time to take advantage of being involved in a community.  The biggest thing you can do is to get involved and change whatever perspectives other people might have. And hopefully, that can entice people to make the industry more diverse.”