“The Clustered Spires of Frederick stand, green-walled by the hills of Maryland”

from "The Ballad of Barbara Fritchie" by poet John Greenleaf Whittier 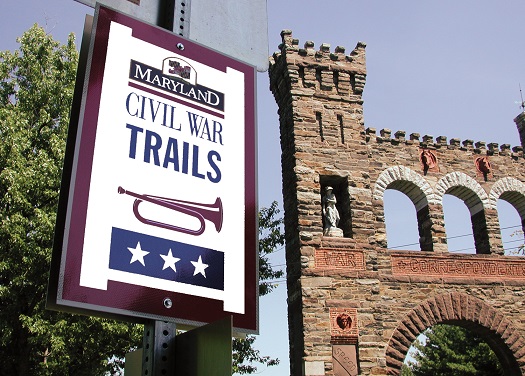 ny others who helped to shape the course of American history. Memorable visits from Abraham Lincoln, Benjamin Franklin, Robert E. Lee, Winston Churchill and George Washington, who once stood across the Middletown Valley and described it as "one of the prettiest valleys I've ever seen," all help to represent the important role that Frederick County has played in America's development.

Saved from the rebels' torch during the Civil War, Downtown Frederick's nationally-renowned, 50-block historic district displays diverse architectural styles from federal to art deco. Visitors to the National Museum of Civil War Medicine, the Francis Scott Key monument and the Schifferstadt Architectural Museum, as well as the Monocacy, South Mountain and nearby Antietam & Gettysburg battlefields can learn a great deal about Frederick's fascinating past.