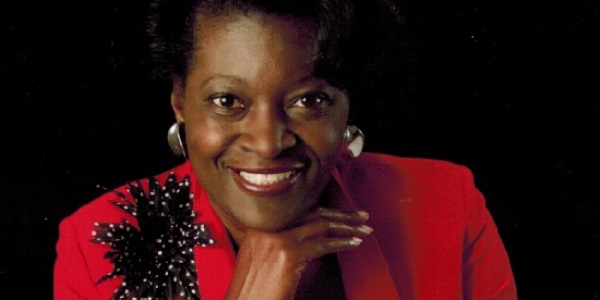 This is where our story begins.  Theresa Harrison grew up in Baltimore in a large family with her parents and 10 siblings.  As the middle child and first girl, she was born to be a game changer.  She had the “best upbringing ever,” with exposure to community service, 4H, French immersion classes, horseback riding, chess, piano and organ classes and a lot of reading.

“My mother was a master logistician and made time for each child,” said Theresa. Every Sunday the family went to church, and every Sunday through Thursday the family gathered for family dinner. Dinner didn’t begin until everyone was in their assigned seat.  It was not unusual to have 5-6 extended family members, friends or neighbors also at the family dinner table.  “Family dinner was so important, because it was the only time of day we all could be together,” said Theresa.  Family dinner was also a large part of their upbringing, because it’s where table manners were emphasized, and they learned to communicate, listen, negotiate and strategize.  The family discussed their day, sports, news, chores and many other topics.

While growing up, and still to this day, service is innate for Theresa.  As she explains, “We were taught to serve and give. It was a way of life.” Theresa was raised to be faithful, do well in school, be of service and be a good person.  “We all want a better community to live in, but we have to play our part,” said Theresa. She would tutor neighbors who were struggling in math, and this service to others would turn into her first job as a math tutor where she earned $1.61 an hour.  As a tutor Theresa was able to earn money, give back to the community, all while further developing her own math and teaching skills.

As a teenager, there were three things that really impacted Theresa. First, she was raised in a very supportive and encouraging neighborhood. Secondly, Theresa attended the first, all girls, public high school in the country, Western High School. At Western, emphasis was given to creating an advanced curriculum and pre-college was the norm for all students. Thirdly, Theresa was one of the first three African American girls to be selected by Teen Magazine to represent teens on the Maryland Teen Model Board. She’s still friends with the other two women. The Maryland Teen Model Board was a great opportunity which emphasized skills in the areas of leadership, communication, fashion, etiquette and poise.

Theresa received her Bachelor’s Degree in Business with a minor in Computer Science and her Master’s Degree with a concentration in Technical Communications from Frostburg State University.  In choosing which college to attend, Theresa explained, “I wanted a different environment, but I didn’t want to be far from Baltimore.”  There were about 200 African American students on campus, and they developed a close relationship and are still friends today. Frostburg provided the opportunity to explore new subjects and meet great people in a wonderful environment.

Theresa aspired to be an astronaut and a business owner. As she explains, “I was raised thinking and believing that if I worked hard, I could do anything,” and “my mother raised me with the belief that I could create my own path.” With this mindset, her first job out of college was a programmer for an aerospace and defense company.  Unlike her colleagues, who had majored in computer science, it was obvious to Theresa that she was lacking in programming language skills.  She had trouble keeping up.  After discussing the situation with her mother, she knew she wasn’t going to give up.  She just had to dig in and work twice as hard.  “For four days a week, I would work from 8am-5pm, and then return to work from 7pm-11pm,” said Theresa.  By the end of one year, she knew how to program as well as any of her colleagues.  Theresa used her skills to work for a space communication company on the first classified satellite.  “This was my breakout time and when I really knew I could learn any programming language and anything I put my mind to” said Theresa.

Theresa was then introduced to the intelligence community, where she would work for 25 years.  The communication skills she learned at family dinner would prove to be an advantage in her new career, and she would continue to advance.

Theresa always wanted to start a business, so it was no surprise when she decided to become an entrepreneur.  She successfully founded three companies. She was co-founder of Patuxent Technology Partners and sold her equity in 2010. She was also co-founder and president of Athenyx which was acquired in 2008. She’s currently the founder and president of one of the fastest growing IT and cybersecurity technology businesses in the DMV area, GEORGE STREET Services, Inc., which is named after the street she grew up on in Baltimore. Theresa’s unique strategic leadership is why Frederick County Office of Economic Development named her as one of Frederick County’s Top 50 CEOs.

Theresa and her family moved to Frederick County 30 years ago thinking they would be here for 3-5 years. They’ve since fallen in love with Frederick County and tell everyone, “Frederick County is the perfect place to raise a family.”  With a husband, two adult daughters and a granddaughter, Theresa balances work and family by keeping with tradition: family focused dinners, travel, and events. With a new speaking engagement career that was launched after she spoke at the Frederick County Chamber of Commerce Entrepreneurship Awards, Theresa now spends her time actively speaking across the country.  Additionally, she mentors new and small business entrepreneurs and assists them in launching/growing their businesses. In asking what her one piece of advice for an aspiring entrepreneur, she has this to say, “Just do it!  You learn as you go along.  We make mistakes every day, but we can always rectify the mistakes.”

In listening to Theresa’s story, there is one person who came up time and again as a clear mentor… her mother.  “She raised the girls to have high self-esteem and to find confidence within ourselves,” said Theresa.  It is her hope to pass this confidence to other women.  Her advice for women interested in a STEM career is, “Don’t let the field make you feel excluded.  It can be intimidating. However, it’s exciting. It’s fun. It’s rewarding.  We are wired naturally to think and solve the problems that the STEM field presents.”

If we had one thing to take away from this story, what would it be?  Theresa says it best, “I am an ordinary person with extraordinary thoughts.”

Good to Great: Why Some Companies Make the Leap…And Others Don’t by Jim Collins

African-American abolitionist and women’s right activist Sojourner Truth.  She had such hope, dedication and commitment.  I would talk to her about my hopes for our future.  I hope for a better educational system for all. I hope for the end of poverty and homelessness. I hope for prison reformation. I hope for a cure for cancer. I hope that everyone can truly believe that with hard work, they can do whatever it is they want to do.