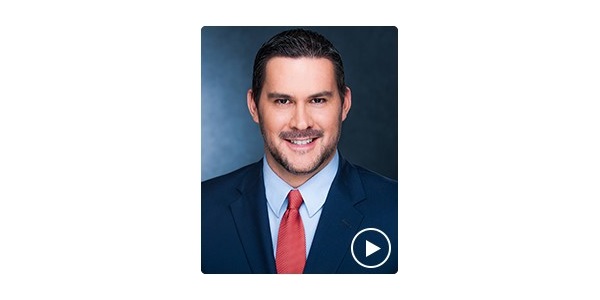 Ariel Rodriguez Mercado joined the New York Life Family in 2013 as a recruiter for the Hispanic Market. Rodriguez Mercado is currently a Senior Partner in the Greater Washington office and is building a strong team of entrepreneurial individuals who are looking for a successful future within New York Life. His hard work, determination, high ethical standards and genuine concern for all those he works with and meets is just a few of the reasons for his success.

Rodriguez Mercado was born and raised in Puerto Rico. After retiring from a professional volleyball career of sixteen years he and his family moved to Maryland in 2010 where he began his career in insurance. Rodriguez Mercado and his wife Anissa have three daughters and currently live in Frederick.

Through the Frederick County Minority Business Executive class, Rodriguez Mercado is looking to expand his network, become more involved in the community and gain a better understanding of the Frederick business community.

When speaking on diversity, Rodriguez Mercado said, “To me, diversity is people from different racial and ethnic backgrounds, as well as different socioeconomic statuses, living in the same community. Diversity is important because it enriches communities with an expansion of knowledge and experience of different cultures and perspectives of life. Ideally, the more diverse the community, the more likely people will be to celebrate differences instead of being intolerant to them.”