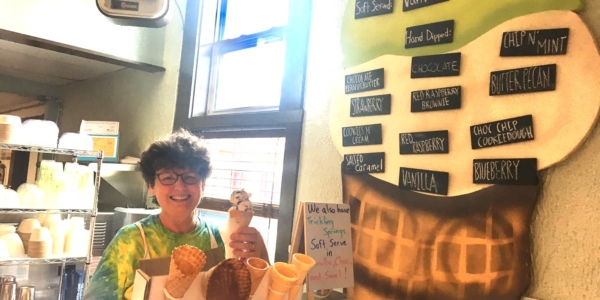 Karin Tome describes herself as an eternal optimist. Having always been interested in running her own business, she used the time after her tenure as Mayor of the City of Brunswick ended, to jump head first into learning how to run a business – and there was no question in her mind as to where she was going to open it.

Her family has lived in Brunswick for 27 years. Like many others, she sees such potential there and true to her sense of optimism, she’s confident that Brunswick is close to realizing that potential. Tome said,

“I've seen renewed energy in younger people to take part in their government, to stand up for what they believe in, and to put their money (and time) where their mouth is.”

Having done over a year of research including taking many classes at the Small Business Development Center, the Women’s Business Center, SCORE and even culinary classes at FCC’s Culinary Institute, Karin’s idea of entrepreneurship evolved. “I set out wanting to create a downtown bed and breakfast inn with a commercial kitchen, a small meeting room, and a public coffee/breakfast/ice cream shop on the first floor. After much financial analysis, I ended up with the ice cream shop!” said Karin.

Learning how to write a business plan was one of the first steps she took that really made her do the market research, fact-finding and financial analysis, to determine if that model would be successful. After a year of study including, “several property appraisals, architect's renderings, and personal discussions with other owners, I realized that the B&B would just be too much money for our family to commit to at this point in our lives,” she said. However, an ice cream shop was still needed downtown and she had an even bigger vision. 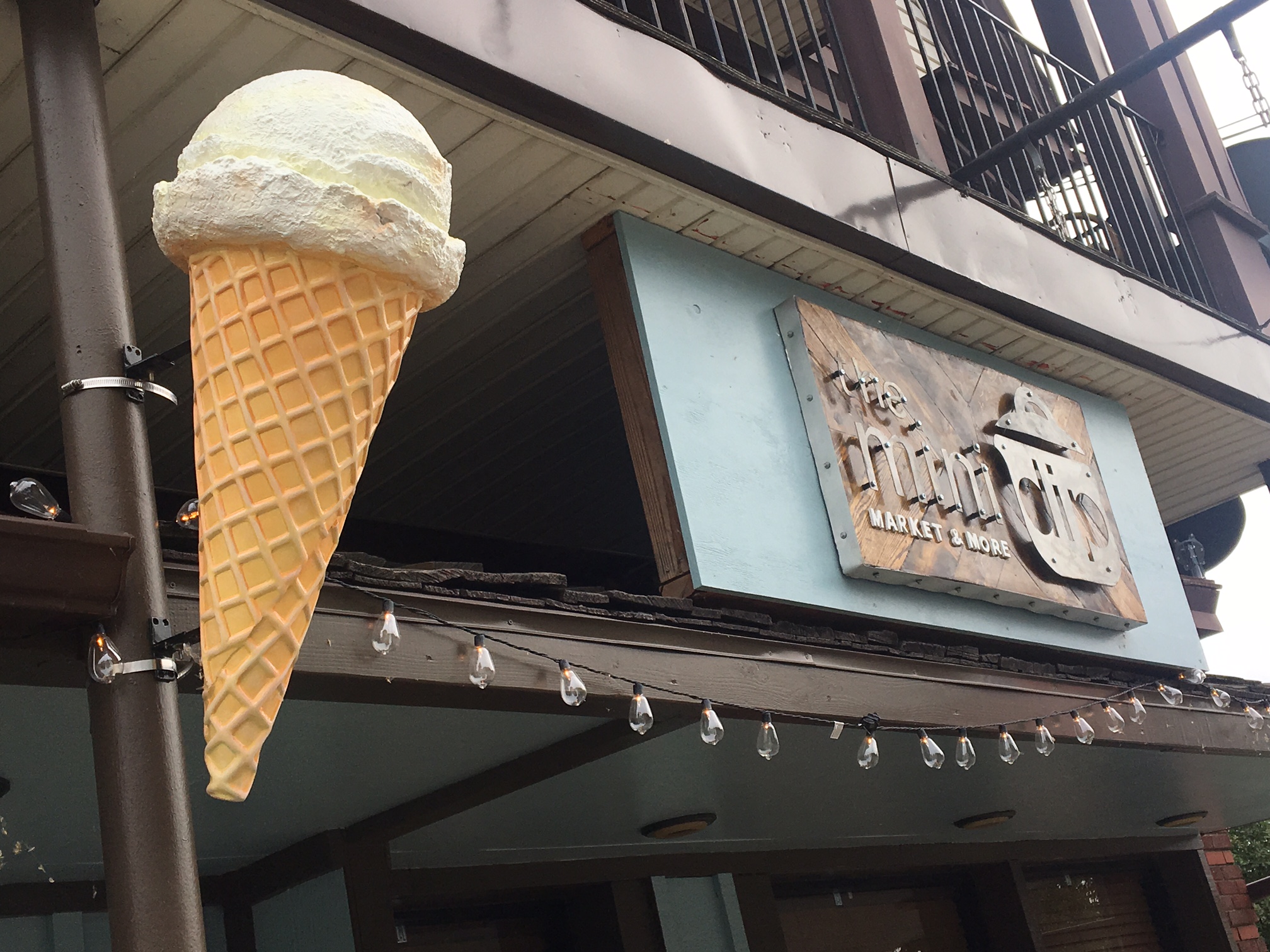 ard local products and sustainability, I immediately thought, ‘We need this in downtown Brunswick!’ The owners and I decided that we could work cooperatively to bring an ice cream shop/market-cafe to Brunswick,” said Karin. The timing was right for the newly formed partnership with Serendipity’s spin-off to The Mini Dip and Tome’s Towpath Creamery, with a former restaurant space that just became available on Maple Ave.

Karin’s ice cream shop opened in June and serves hand-dipped and soft serve ice cream from Trickling Springs Creamery who produces grass-fed dairy products from organic farms. Her business focuses on creating a fun and unique space for travelers, residents and tourists. Both Towpath Creamery and The Mini Dip are committed to connecting the growing community through delicious food, sustainability and including options from small and local farms.

What are the important lessons she’s learned throughout her journey? Opening a busine 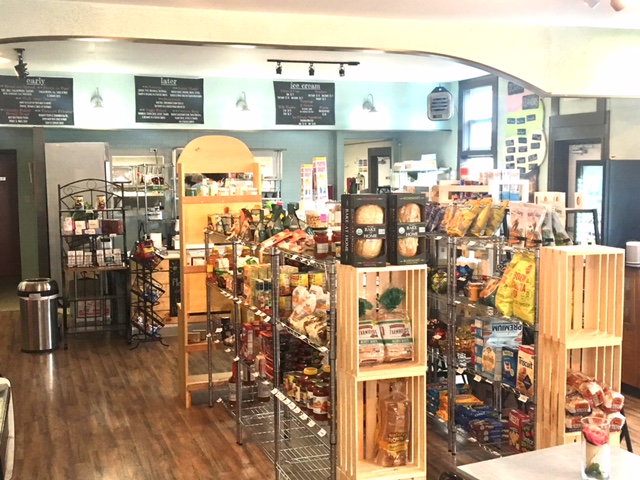 ss expecting to make money right away or replicating what’s already been done are unrealistic. “It will most likely take at least 3-5 years to see any “profit” in a food-related business,” said Tome. She also adds that opening a business “is not a one-size-fits-all process. It depends on what the business is, where the business wants to locate, what the previous use of the new location was, etc… and there are many steps and checks along the way.”

Having gone through this experience, Karin has learned firsthand on the importance of government being business-friendly. “The one-stop permitting shop that City of Frederick has in place is excellent and makes it much easier, I believe, for prospective business owners to get assistance in walking through the process in an expedited manner, “she said. “In Brunswick, our Planning and Zoning Administrator and staff were extremely helpful in getting me started with the zoning certificate.” 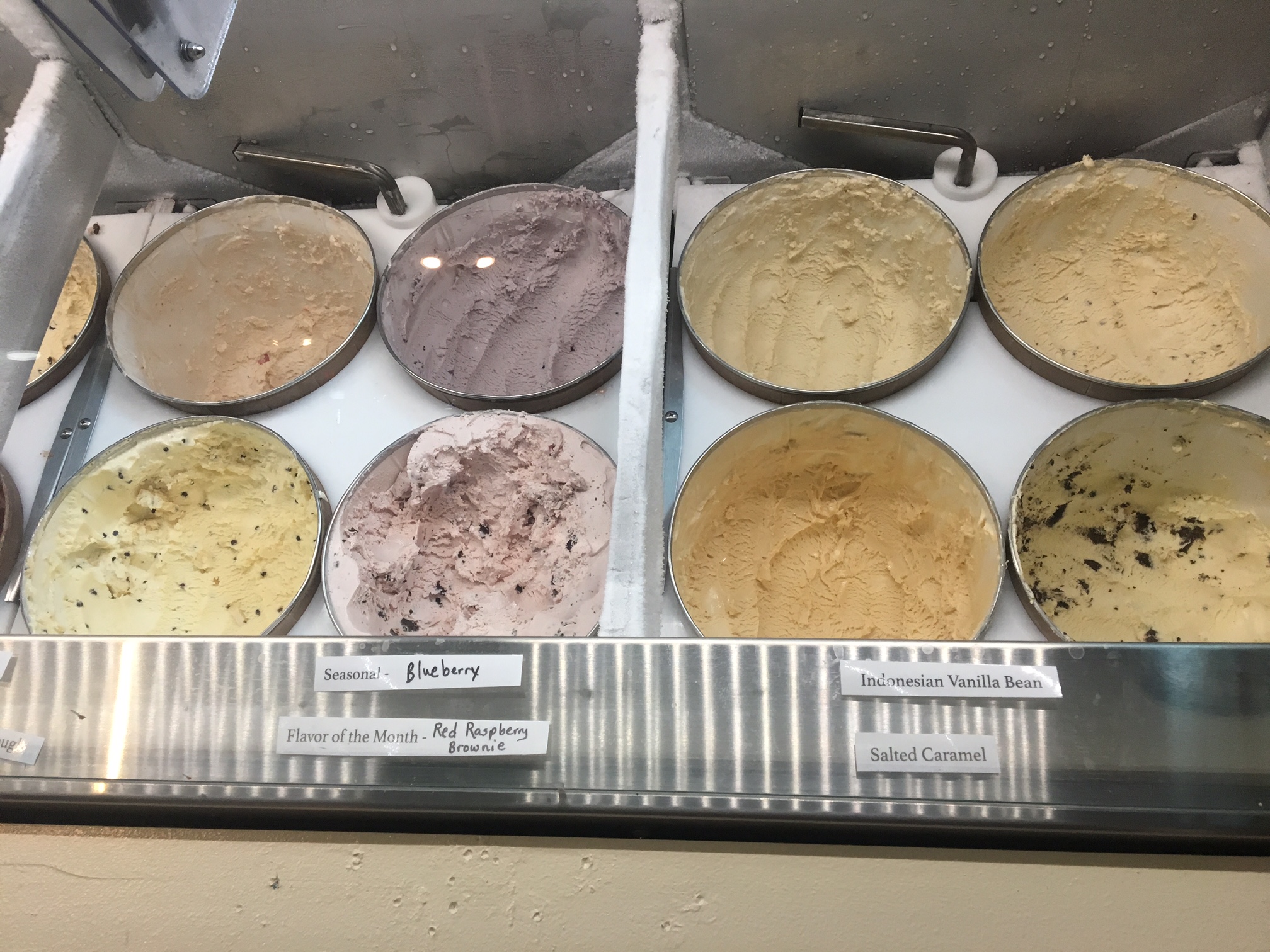 She’s also solidified her position that the Vacant Property Ordinance, that her administration helped pass which has also been strengthened by the current Mayor and Council, is much needed.

Tome, staying true to her sense of optimism, sees the very bright side of doing business in Brunswick. “I see such a sense of community in Brunswick – with the addition of our residents who are moving into the Brunswick Crossing area, we’ll continue to grow in population, diversity and sense of place,” said Karin.

Visit Towpath Creamery and The Mini Dip at 12 S. Maple Ave in downtown Brunswick or find them on Facebook for the latest breakfast, lunch and ice cream offerings.