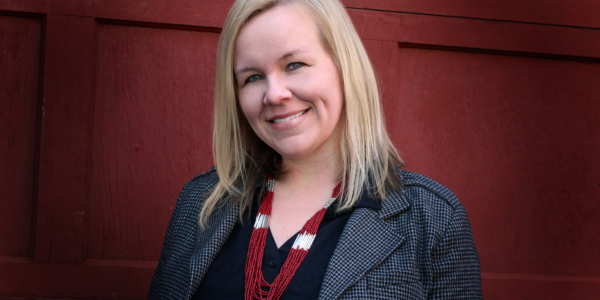 Sandy Wagerman was hired in 2006 as a Research Coordinator, before the dawn of social media! With a background in real estate and broadcast journalism in the Army, she quickly became a champion for the workforce housing initiative in Frederick County back then. Today, as economic development roles and marketing has evolved, she champions additional causes like the four main street communities in Frederick County and leads the department’s online communication efforts, serves as the lead person for Best Places to Work and the Frederick Real Estate Dealmakers (FRED) Awards, and still maintains her role as the department’s press release writer and data go-to person.

Her most notable projects in a research capacity have included discovering Brunswick’s eligibility to become Frederick County’s first designated Enterprise Zone and providing research for the County’s Bond Rating presentation, which helped the County make the pitch to obtain the first AAA bond rating.  In a marketing role, she led the redesign of OED’s website www.discoverfrederickmd.com in 2016 and the creation of OED’s latest website www.homegrownfrederick.com.  Sandy also created the ‘How to Start a Business in Frederick County’ brochure, followed by the newest ‘How to Start a Winery, Brewery, Distillery Guide’. She led the production of OED’s ‘What if You Could Live Here and Work Here?’ marketing video and OED’s latest video project on wineries, breweries and distilleries in Frederick County. “Adapting our marketing and communication efforts to our evolving county has been one of the most rewarding parts of this job,” said Sandy.

In 2015, she helped create a Frederick County Main Street Managers Roundtable and the first project was the joint collaboration of creating a ‘Shop Downtown’ brochure. During this time, Sandy has developed a passion for creating healthy downtowns, having served on the Brunswick Economic Development Commission and currently on the Downtown Frederick Partnership Board. “Downtowns are the heart of any community. Without a strong and healthy downtown, our economy might look differently,” she said.

As a 2017 graduate of Leadership Frederick County and nominee of the Kitty Reed Award, Sandy worked on a project with the Mental Health Association of Frederick County on Adverse Childhood Experiences (ACEs) and how to make the business community aware of the impact of ACEs on the economy. Since that project, Sandy was invited to speak at the first community forum on ACEs on the topic of the economic impact. Sandy commented, “How fortunate am I to be a part of so many great projects over the last 12 years, and watch our County progress into what it is today. I truly feel like the luckiest person to be able to promote Frederick County every single day.”