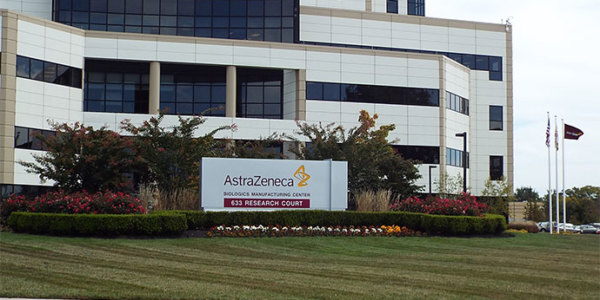 AstraZeneca’s biologics manufacturing center in Frederick produces life-changing medicines for the treatment of cancer, and respiratory and autoimmune conditions.  The center, employing 700 people in Frederick, is the largest biologics manufacturing facility in the company’s global network of assets. MedImmune was founded in 1988, was purchased in 2007 and is wholly owned subsidiary of AstraZeneca. In 2014, the company announced a $200 million dollar expansion with 40,000 square feet of additional space and 300 more jobs in Frederick.

Why did you choose Frederick County as a business location and what would surpise people about your business?

Frederick County’s support of the life sciences, investment in education and workforce development, and proximity to world-renowned academic institutions are among the reasons we value being in Frederick. People may be surprised to know that life-changing medicines we make in Frederick are used by patients around the world.

We have been recognized with the following awards: