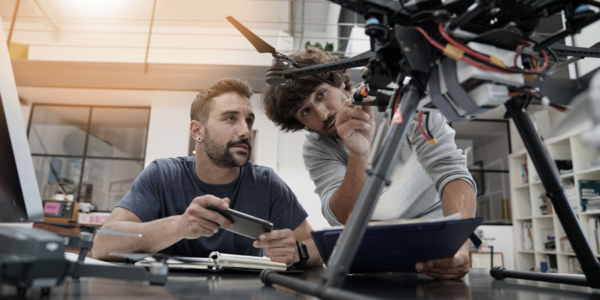 Technology is one of Frederick’s key economic growth engines. As more tech businesses launch and expand here, the County also benefits from a pool of local tech talent that is growing both in numbers, and sophistication.

In turn, this emerging and vibrant community of highly educated professionals boosts the region’s appeal to even more tech businesses, and entrepreneurs.

A good way to gauge the pulse of Frederick’s tech community is its local Meetup groups. A look at the different themes reveals a diversity of leading-edge technology interests, and across-the-board learning and collaboration activity.

Groups focusing on emerging technology fields include Blockchain, Information and Cyber Security, Mesh Networks, and 3D Printing. Those covering varied programming frameworks specialize in Wordpress, .NET and Linux, AWS, and Python. The latter is of course, of particular interest in data science, machine learning and automation. Other groups organize around developing specific types of applications such as games, web-based, and cryptocurrency related.

Currently, there are well over 1,200 unique members in the different Frederick Meetup groups. Local technology professionals like Patrick Pierson, and Paul Wilson did much of the initial legwork to create some of these groups, and they continue to be involved in their long term-development.

These informal associations provide members with unique opportunities to network; share and learn technical and professional skills; tackle projects jointly or along with others with similar or complementary skills and interests; identify new recruits and employment opportunities; and even become a better public speaker.

Some members find the Frederick Meetup groups to be effective alternatives to so-called tech boot camps. Their optimal scale and ample scope, in combination with Frederick’s ideal location within the region, attracts speakers from all over Maryland as well as neighboring states.

One such notable, periodic speaker is Kenneth Reitz, a well-known figure in the Python community, and Director at Large for the Python Software Foundation. His work has been downloaded hundreds of millions of times on Github.

While each group is a separate and autonomous entity, “Super Workshops” held at FITCI on weekends enable group cross pollination, and solving the more complex technical challenges that often require multiple technical disciplines.

One such example is an informal collaboration with the City of Frederick’s IT department in 2017. Frederick’s submission was chosen as a finalist in that year’s Amazon AWS’s 2017 “City on a Cloud Innovation Challenge.” Participating members benefited greatly by acquiring new knowledge, forging new working relationships, and for those new to the field, by establishing credentials. At the same time, Frederick was able to cost effectively develop tools that offer citizens much faster, less disruptive access to its GIS services.

In other instances, members from different groups with Python, AWS, and Artificial Intelligence skills and/or interests have worked together on complex Big Data projects.

Group membership is open to anyone including the non tech savvy. Some members come in without any knowledge at all looking to gain a “lay of the land.” In this sense, technical knowledge and collaborations expand well into the larger Frederick community.

If you are interested in technology or want to refresh your knowledge and skills, make sure you check them out.