The 2018 Awards were presented opening night of The Great Frederick Fair. This year’s award winners are: 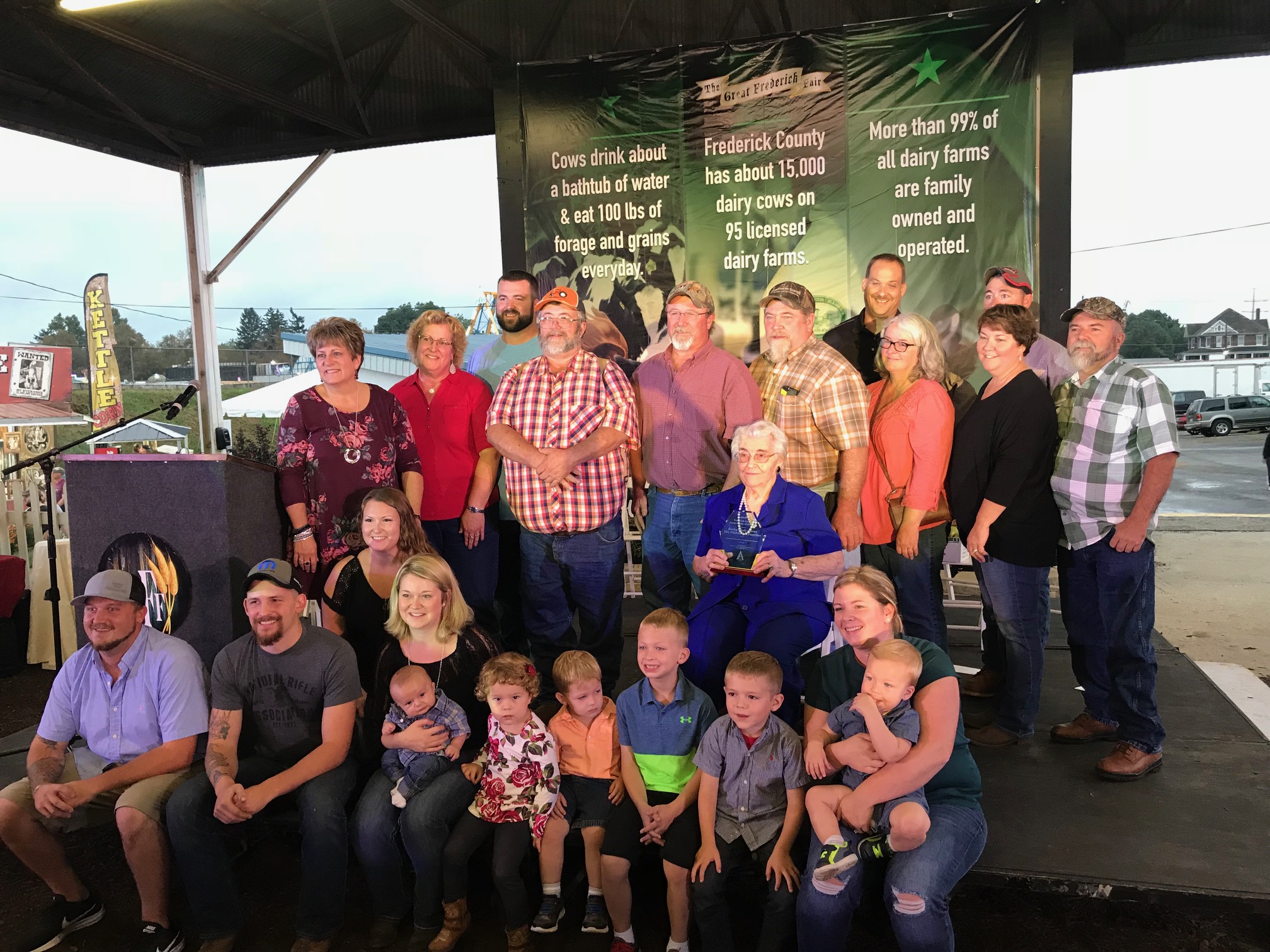 The 2018 Farm Family of the Year is Rocky Glade Farm, a family-owned and operated dairy farm located in Woodsboro. Brothers Nevin and Marlin, along with their two siblings Gary and Shelby, were born into dairy farming when in 1925 their grandparents started the farm and have since passed it down through generations. Today, the 5th generation is now assisting on the farm.

As a 240-dairy cow milk producer, Rocky Glade Farm was honored in 2016 for 75 years of shipping milk to Maryland and Virginia by the Maryland & Virginia Milk Producers Cooperative. Marlin and Nevin are very active in the farming community, both have served as members of the Southern States Board. As members of the Mid-Atlantic Allis-Chalmers Club (MAAC), Marlin and Nevin are both serving in leadership roles and host MAAC’s Plow Days on their farm that attracts people from all over the region. Nevin also served on the Dairy Herd Information Association Board, Frederick County Farm Bureau, and the Young Farmers Board.  The family has continued to take part in many best management practices available through Frederick & Catoctin Soil Conservation and is continuing to grow their Hereford cattle herd.

Ag Advocates of the Year: Robert and Cookie Ramsburg

Robert and Cookie Ramsburg are this year’s Agricultural Advocates of the Year. They have 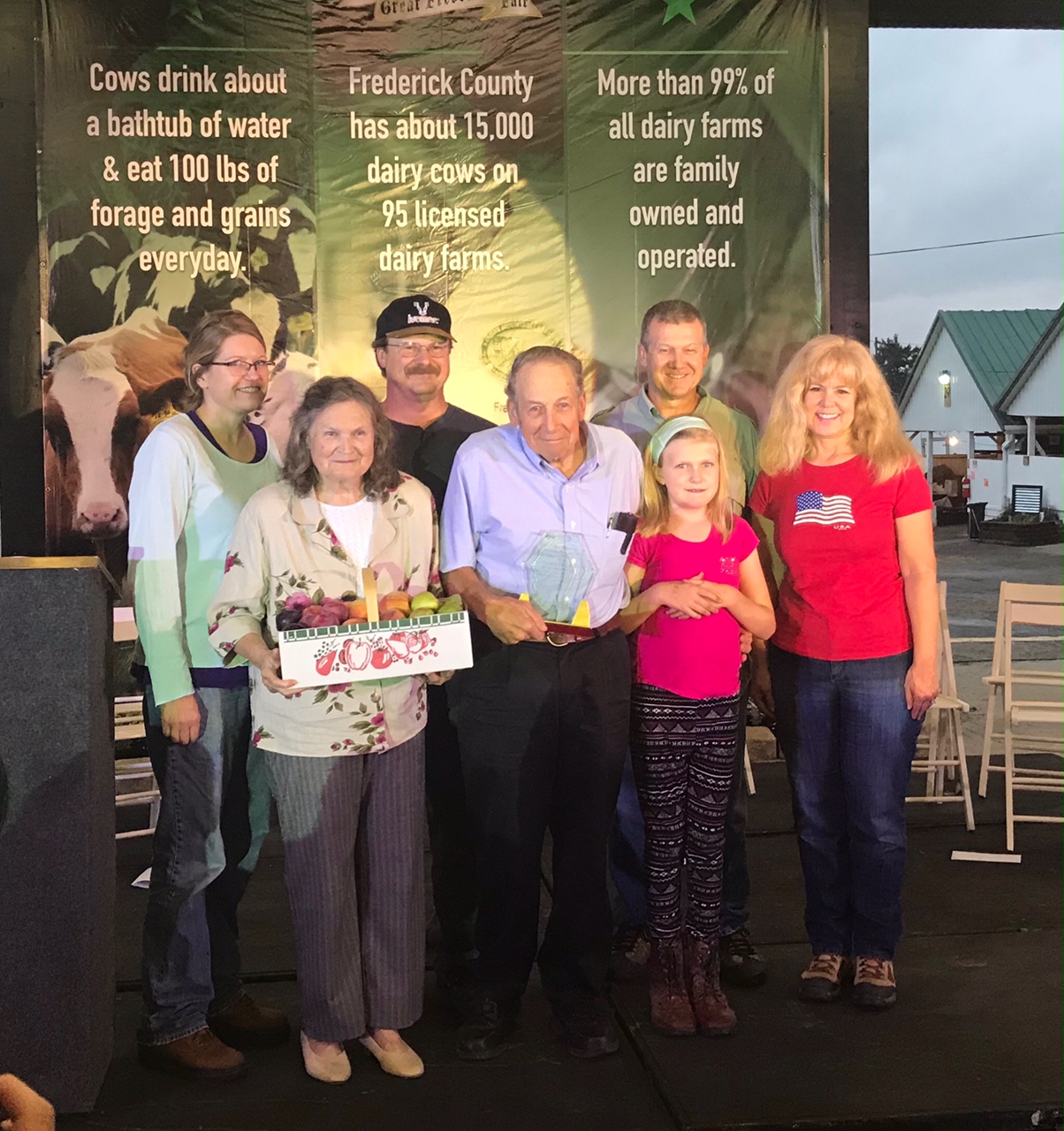 built a lifetime of giving back to the community as well as to the next generation. As dairy farmers in Frederick County from 1965 until they retired from farming in 2011, they use their passion for dairy farming to educate and advocate for agriculture.

Cookie is also busy with the Farm Bureau having served on the Frederick County Women’s Committee for 8 years and 4-and-a-half as chairwoman. She assists with the Miss Frederick County Farm Bureau contest and is an Election Judge for Frederick County. When she’s not busy with volunteer work, Cookie has served the National Association of State Departments of Agriculture for the last 15 years. They also serve as tour guides for school age children during the fair and educated over 700 people about agriculture during Breakfast on the Farm this year.

On March 1, 1983 Donald and Brenda Ogg along with Donald’s four brothers, opened D.W. Ogg Equipment Company on Cap Stine Road, a dream of Donald’s. The retail business carries seven brands of equipment to meet the needs of the farming community.

Donald and Brenda raised their children to love the family business as well, and although Brenda passed away in September of 2009, Donald states that she deserves just as much credit for the business being successful. Donald’s son Denny has been a daily part of the business since the age of five. 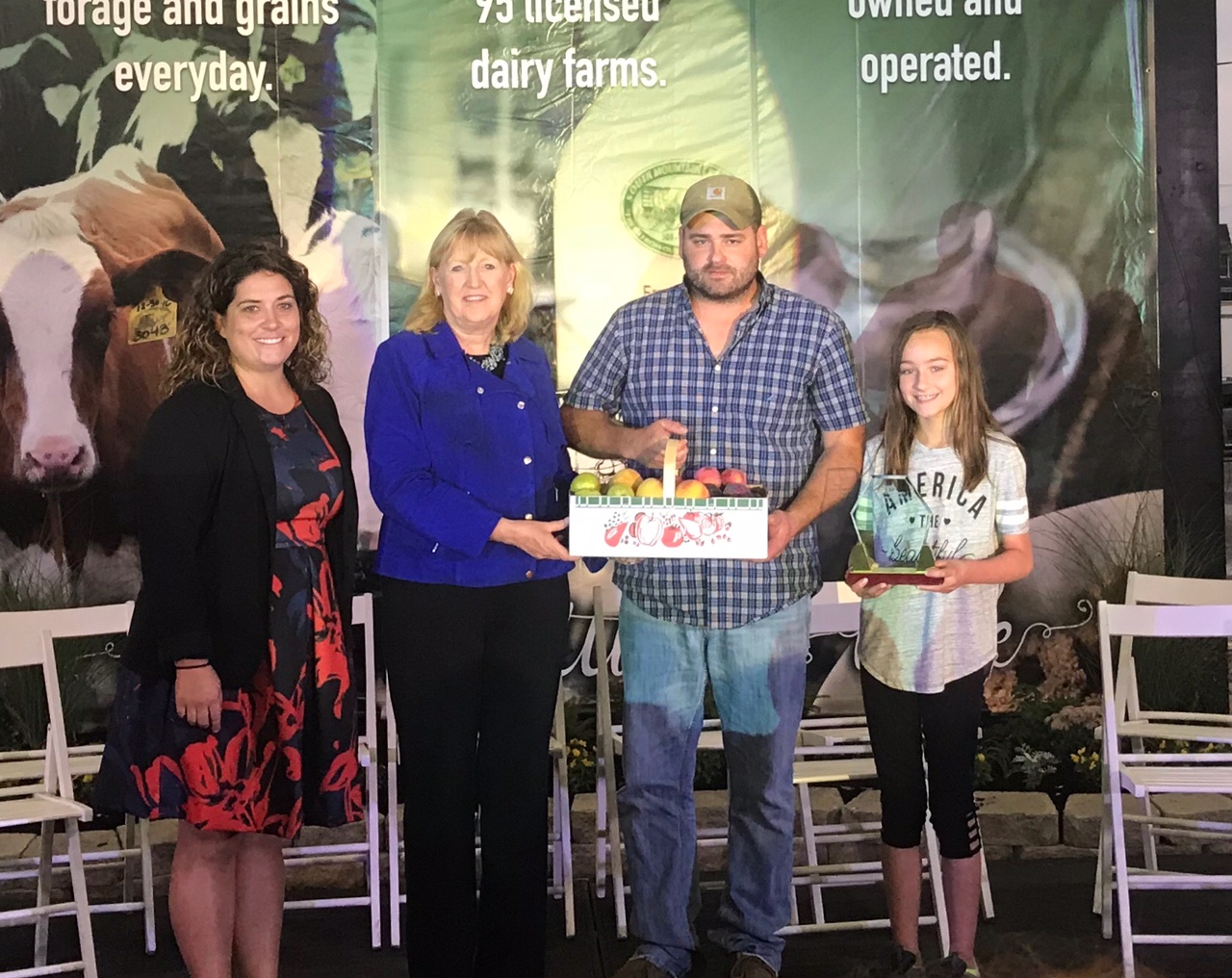 Growing up, the 2018 Young Farmer of the Year knew he always wanted to be a farmer. Tyler Nowell was raised on turkey and dairy farms. In 2014, he decided to utilize Frederick County’s Critical Farms Program to purchase his 120-acre farm in Rocky Ridge. The farm is permanently preserved by the Maryland Agricultural Land Preservation Foundation (MALPF) where he raises 55,000 turkeys a year and grows soybeans, wheat and corn. He participates in many programs through the Catoctin and Frederick Soil Conservation Program, the National Resources Conservation Service (NRCS). Through these programs, he participates in the Cover Crop Program yearly to help protect water quality in the Chesapeake Bay.