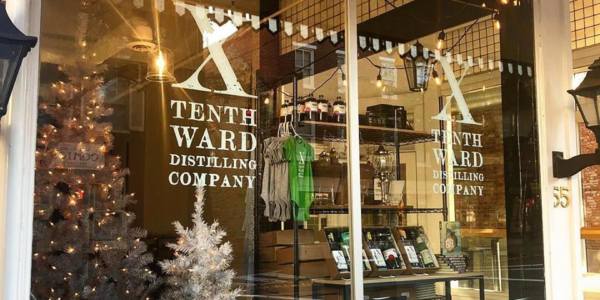 The craft beverage industry has been exploding in recent years and Frederick County is setting the standard. One of the leaders of the Frederick craft spirits scene is Monica Pearce. Pearce is owner and co-found 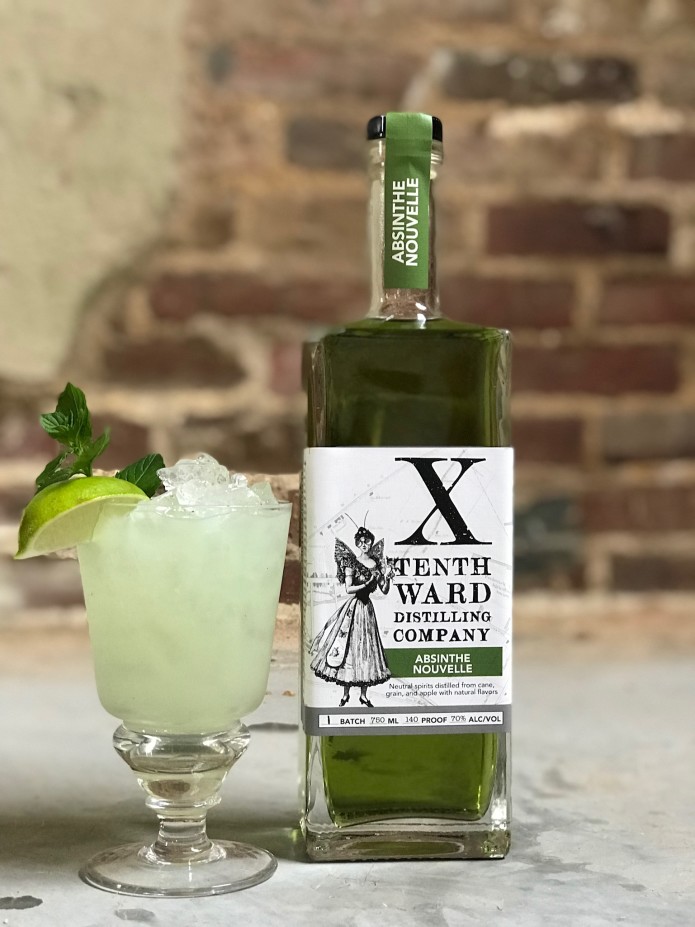 er of Tenth Ward Distilling located in Downtown Frederick. As a lover of whiskey, the Frederick native was inspired by craft distilling beginning to boom in our region. She opened Tenth Ward at 508 East Church Street where the distillery quickly made a name for itself. In July, Tenth Ward celebrated its 2-year anniversary by launching a new liquor. But not just any liquor… the first absinthe in the state of Maryland.

The Tenth Ward crew has been hard at work renovating a new tasting room at 55 East Patrick Street which officially opened this month. All tasting and sales have relocated there, while Tenth Ward’s location on Church Street will solely be used for distilling. The move came about when the distillery began running out of space for barrel storage on East Church Street. Pearce says she had the idea for a separate tasting room in mind and when the Patrick Street building became available for rent, it felt like the perfect fit. The space allows Tenth Ward to go from 1,600 square feet of space to 5,550. Not only is the location even closer to the heart of downtown Frederick, but it is very near the old district lines that once marked the City’s Tenth Ward: the distillery’s namesake.

Tenth Ward’s new location features a large bar with spirit tastings and cocktail options, as well as a stage for live entertainment. The back portion of the building houses Tenth Ward’s bottling operations, as well as barrel storage. One of the most unique features of the space is the upper level named The Whiskey Hall, which will soon be transformed into a rentable space for weddings and events. The large industrial space upstairs will hold up to 150 people.  Pearce hopes to start hosting wedding receptions in 2019 and plans to open The Cocktail Lab in the spring of 2019.

The expansion will also enable the hiring of six additional new staff, the purchase of 30,000 pounds of grain in 2019, distribution to eight new Maryland counties with hundreds of new liquor store and 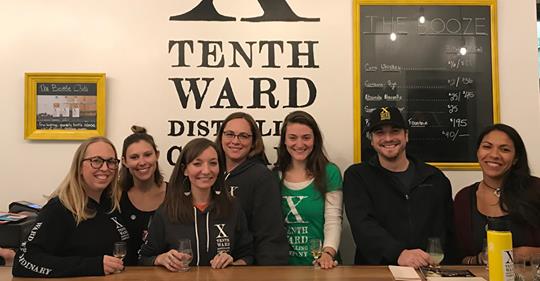 restaurant accounts, potential for 40% increase in sales and four year-round aged barrel whiskies on the way.

Pearce says she chose to open a distillery in her hometown because of the supportive culture between the City, County, Tourism, and other economic development partners. She also chooses to pay that support forward, lending her encouragement and knowledge to others in the craft spirts industry, especially within Frederick County. The atmosphere among our local breweries, wineries and distilleries is one where businesses often refers customers to several others. That supportive nature is part of what makes the Frederick County craft beverage scene so unique. And thanks to people like Pearce and businesses like Tenth Ward in the industry, we don’t see that going away anytime soon.