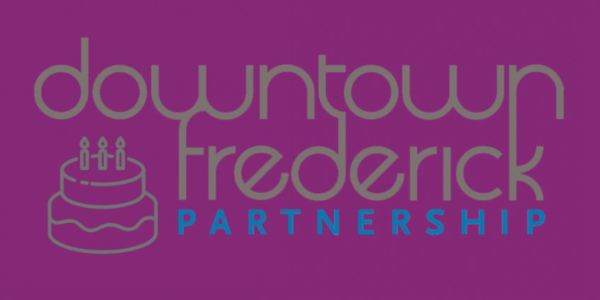 Since March, the Partnership has been working diligently to respond to the most difficult challenge downtown has faced since the devastating flood of 1976. Even prior to the Governor’s state of emergency declaration, Partnership staff were providing daily support, communication and guidance to our downtown businesses community. The organization shifted events such as First Saturday and Alive @ Five online temporarily and encouraged the greater community to continue their vital support for downtown by promoting carry out and curbside pickup for our restaurants and retail establishments.

As the impact continued, we launched a new program –the Small Business Resiliency Series -to provide downtown businesses with educational webinars, peer support, a lending library of business tools and free access to key business advisors to guide them through this critical time.

Downtown Frederick Partnership also added a diversity directory to our online downtown business listing to celebrate the rich variety of our entrepreneurs.

The Partnership has continued the implementation of several key projects begun before the pandemic including unchARTed, a program of art installations in downtown’s alleyways coming this fall that will attract people to enjoy our community safely. Just this month, a collaboration with the City of Frederick brought lively new wayfinding signage to the Carroll Creek Public Parking Garage. New art installations will be coming soon to Carroll Creek Park on both sides of the Market Street entrance and planning has already begun for this season’s holiday lights.
The Partnership would like to thank the community for the continued support that have made these, and so many other great things, possible over the years.
Impact of the Partnership:

Together with the City of Frederick, the Partnership has been awarded more than $3.1 million in funding from the Maryland Department of Housing and Community Development. Each grant dollar received has been invested in Downtown Frederick businesses, public amenities and streetscape improvements.

What is Main Street? The Main Street Program is a comprehensive, incremental, community driven approach to historic preservation based economic development. More than 1,600 small towns, mid-sized communities and urban commercial districts implement the Main Street Program to make positive change in downtowns across the nation.

The goal of implementing a Main Street Program is to revitalize and strengthen historic downtowns. This work is achieved by taking action in four key areas: Business Development (referred to nationally as Economic Vitality), Design, Promotion and Organization.