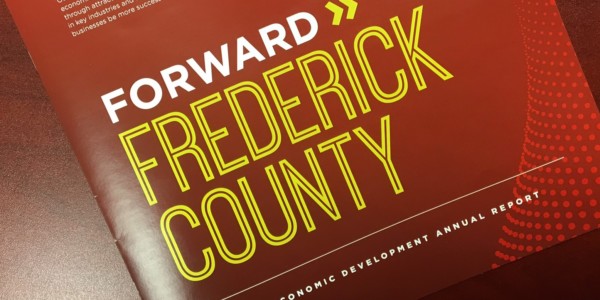 The Frederick County Office of Economic Development (OED) has released their 2018 Annual Report as part of Frederick’s Top 50, a publication produced in partnership with Frederick Magazine that showcases Frederick County’s Top 50 CEOs.

This year’s annual report includes gives a glimpse into the success stories and achievements that made 2018 a monster year for Frederick County economic development. The report also provides a look at what to expect for 2019.

“The influence, strength and impact of the Frederick County Office of Economic Development grew notably in 2018,” said OED Director Helen Propheter. “We’ve worked diligently over the past year to build a solid foundation to elevate services to businesses and provide tools for success.”

The report also includes data by the numbers that reflect Frederick County’s thriving economy. “Frederick County has added 7,178 new jobs over the past five years and our overall commercial vacancy rate is at an all-time low,” added Propheter.